‘Not the Baguio we used to know’ 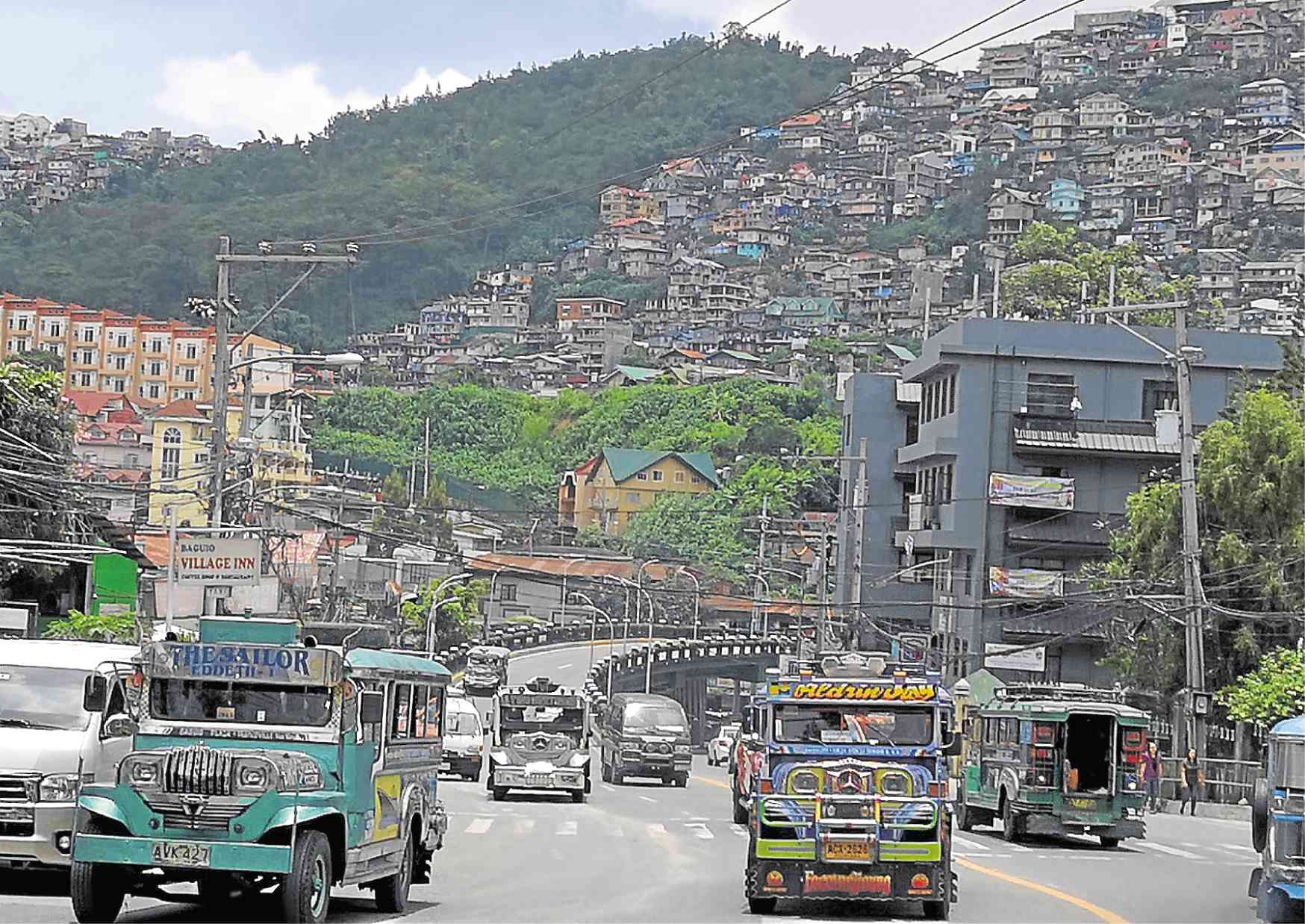 BAGUIO CITY, Benguet, Philippines — Overdevelopment was the frequent lament of officials who promised to control tree cutting and construction of high-rise buildings during the city’s 110th Foundation Day celebration on Sunday.

“This is no longer the Baguio we used to know,” Rep. Marquez Go said, adding that the city has become a microcosm of how badly Filipinos have overused the country’s natural resources.

The lawmaker’s concern was echoed by Sen. Panfilo Lacson, who said that Baguio mountains “are balding and the Department of Environment and Natural Resources cites the construction boom and urban sprawl as reasons for the decline of the city’s pine trees.”

But should his pet measure become a law, Lacson said the city government may access up to P300 million to fix its urban decay issues on top of the P150 million to which Baguio was entitled as its share from internal revenue allotments (IRA).

Lacson, who was guest at the Baguio Day program, was referring to a measure called the budget reform advocacy for village empowerment (BRAVE).

The measure seeks to allocate augmentation funds for provinces, towns, cities and villages that tap 20 percent of their IRA shares for development projects.

All local governments are entitled to a share of the IRA or taxes collected by the government.

Going by the 2018 budget, Baguio used P150.5 million of its local development fund out of its P752.6-million IRA share. But Lacson said the city would also be given an additional P150-P300 million in support funds if the BRAVE bill passed Congress. Go is filing the House counterpart bill this week.

Lacson said he was no stranger to Baguio having lived here for four years as a cadet of the Philippine Military Academy. He said he commiserated with residents who complained that Baguio population ballooned during daytime.

“Tourism brought significant changes” to Baguio, Lacson said, as visitors “flock here during holidays, even during the weekends leaving behind their waste.”

While tourism boosts the economy, the picture for Baguio becomes bleaker when “pine trees die by the day,” Lacson said.

“You need to regain and nurture your home,” he said.

Go said the city government would organize several technical working groups to address not only Baguio’s reduced tree population of 2.5 million but also human activities that affected the environment, such as the growing waste generated by its 350,000 residents.

Chartered in 1909, Baguio was originally designed for 25,000 people by Chicago architect Daniel Burnham. Destroyed in 1945 at the end of World War II and in 1990 after the Luzon earthquake, Baguio residents and investors restored the city, Go said.

“Development is inevitable. We build more roads, expand sewers, improve communication, but all these activities have environmental consequences,” he said.

“We are beyond the original design of Burnham … We generate more waste, spend more water, more electricity and use more fossil fuel,” Go added.