PACC may invite Dela Rosa to probe on GCTA 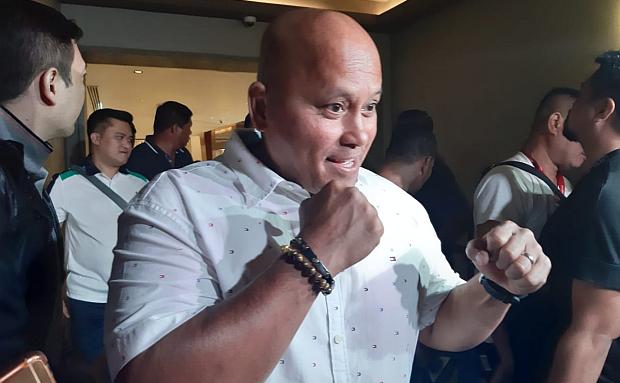 “We can ask Senator Dela Rosa to give clarification, to give clarity to the issues that may come up. Hindi naman masama ‘yun eh. As I’ve said, when investigations begin, it does not mean that the respondent is already guilty of corruption,” PACC commissioner Greco Belgica told ANC.

READ: Dela Rosa: Only 1 drug convict freed under GCTA during my term at NBP

Belgica said its probe would cover the implementation of the law and the individuals involved in implementing the law.

“First of all, who will be — the question of who is authorized to release these prisoners? Is it a recommending body that has to decide with the President or by the secretary or is it just the head of Bureau of Prisons? That is a very important issue,” Belgica said.

“Number two, what are the criteria? And clearly with the exception of heinous crimes from being part of the GCTA law, we want to know, are there prisoners involved in heinous crimes that were released? Because if that is the case then it is a very clear violation of the law and we need people to hold accountable. ” he added.

The PACC commissioner said it would also look into possible criminal activities that might have happened in the implementation of the law.

“That is part of the investigation. Both administrative case and the issues that can be filed for criminal acts will be filed appropriately on appropriate offices like the Ombudsman,” he explained.

Belgica then assured that the PACC’s interpretation of the law would be “independent” and that it would base its decisions and recommendations on existing laws and Supreme Court decisions.

He said the PACC would submit its recommendation to the Office of the President.

“[BuCor chief] Nick Faeldon showed that these signatures were fake. So we want to see the documents and hear his side and his explanation on what transpired with the GCTA and the freeing of these 2,000 criminals or prisoners that may have included prisoners involved in heinous crimes,” Belgica said.

“So if laws were violated, if corruption had happened, then we want to know to act on it appropriately,” he added.

Asked if he believed that corruption indeed played a role in the release of the prisoners, Belgica said: “It is easy to suspect that, but we need to see evidence, and we have yet to find people who will tile cases against that. But yes, I have heard reports like that. But as [for] evidence, we don’t have that right now.”

“We have to go through it one by one and really find out if there are violations of the law that has occurred. Were there favors rendered to some convicts and some prisoners? That is clear corruption,” he added.