Cleaners found a suitcase containing blue bags of “suspicious-looking” white powder on a train at the airport last Wednesday, Aug. 28, as per Brighton & Hove Independent on the same day. 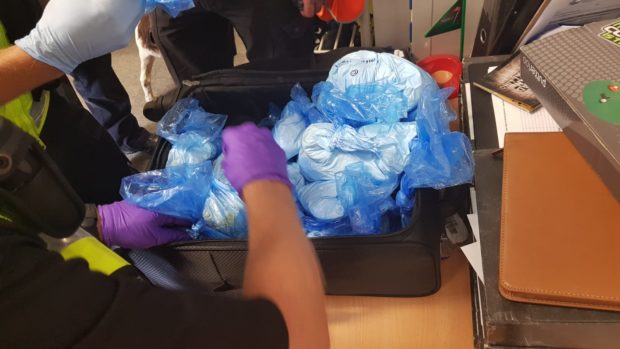 They proceeded to report it to the British Transport Police (BTP), who inspected the substances with the U.K. Home Office, another government department responsible for immigration and security.

After testing the contents of the bags, they discovered the powders to be dairy-free cake mix. The ingredients belonged to Purezza, a plant-based restaurant in Brighton, as per Metro last Thursday, Aug. 29.

Following the investigation, the BTP took to social media to inform the public about the odd incident.

“Please label your foods and bring samples of cakes next time you visit,” the police force’s Twitter account joked. “#cakefine.”

@BTPSussex huge drugs bust at Gatwick airport. In collaboration with @ukhomeoffice powders tested and discovered to be vegan cake ingredients. Please label your foods and bring samples of cakes next time you visit. #cakefine pic.twitter.com/tmyuOI5rLw

The restaurant’s Twitter page replied: “Thanks for going easy on us guys! A slab of cake all round is in order when you’re next in Brighton.”

“So, we had quite an eventful time transporting some of our ingredients today,” the restaurant’s account quipped.

BTP said it spoke with the establishment’s owner and had no concerns. As per report, no arrests were made after the bags were investigated. Ryan Arcadio/JB