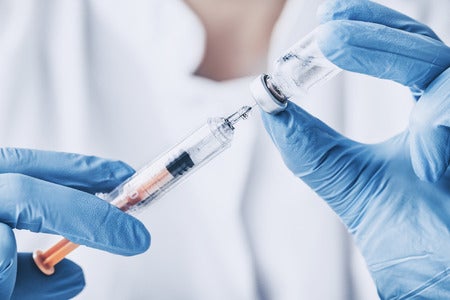 A hospital in Tennessee, United States is being reviewed following the death of a 75-year-old female patient, who was accidentally given a fatal dose of a lethal injection drug last year.

Federal agency Centers for Medicare & Medicaid Services (CMS) conducted an unannounced on-site survey at Vanderbilt University Medical Center (VUMC) from Oct. 31 to Nov. 8 of this year, as reported by WSMV-TV on Thursday, Nov. 29. The findings of the investigation revealed the hospital failed to ensure that all patients received care in a safe setting and that all patients were free from neglect.

The hospital submitted a “plan of correction” after the findings. CMS representative April Washington said the agency received the plan and that the hospital is undergoing review.

John Howser, chief communications officer at VUMC, meanwhile acknowledged that the hospital was indeed subjected to on-site surveys by both CMS and the Tennessee Department of Health, as per report. The hospital promises to work closely with both agencies to resolve the matter.

“In reviewing the event at the time it happened, we identified that the error occurred because a staff member had bypassed multiple safety mechanisms that were in place to prevent such errors,” Howser stated in the report. “We disclosed the error to the patient’s family as soon as we confirmed that an error had occurred, and immediately took necessary corrective actions (including appropriate personnel actions).”

The incident happened in December last year, 2017, after the patient (name withheld) was admitted for symptoms associated with claustrophobia, which is the fear of enclosed spaces, the report said. The nurse, whose identity was also withheld, accidentally gave the patient a fatal dose of paralyzing drug Vecuronium instead of Versed, which was used to treat anxiety.

“The nurse who went to retrieve the Versed in this case instead retrieved the lethal injection drug,” attorney Brian Manookian said in the report. “It’s the drug used in the lethal injection protocol in Tennessee and other states to execute murderers and serial killers.”

The patient suffered cardiac arrest and passed away days after the lethal injection drug was administered. Kate Matriano/JB