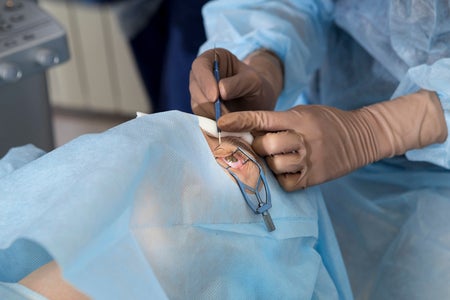 Four men were arrested in central China for allegedly defiling a corpse and stealing its eyes at a hospital’s mortuary on Tuesday, Oct. 30. They were also suspected of engaging in illegal organ trading.

Three of the suspects escaped to Shaoyang, around 240 miles away from the crime scene in Ningxiang in Hunan province, as reported by Cqcb.com via South China Morning Post on Thursday, Nov. 1. However, they were arrested by authorities on Wednesday, Oct. 31.

Initial police investigation revealed the possibility that the suspects, some of which were mortuary employees, colluded to sell the organs. Meanwhile, the hospital has initiated negotiations regarding compensation with the family of the deceased.

The dead patient whose eyes were taken died of organ failure on Tuesday, the report said. His sister, who went to the morgue to view the corpse, was taken by surprise when she realized her brother’s eyes were missing.

“A cotton ball was put in the left eye, while a surgical tool used to expand the eye socket was in the right,” the victim’s sister wrote on the social media platform WeChat, as per report. “His eyeballs were taken away.”

“I feel so sad,” she stated. “It’s too gruesome.” Kate Matriano/JB