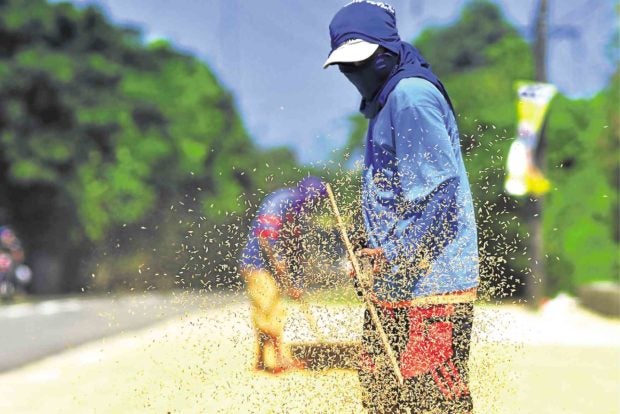 MANILA, Philippines — An official of the National Food Authority (NFA) denied Monday that there are areas with P7 to P8 palay (unhusked rice) farmgate prices but farmers and even the Department of Agriculture (DA) refuted this claim saying this is already happening.

“Wala po akong natatandaang presyo ng palay kahit saan pumunta po na P7 or P8,” NFA Administrator Judy Carol Dansal said at the briefing of the DA on the implementation of the Rice Liberalization Law before the House committee on agriculture and food.

Dansal said the cheapest that they bought from farmers was P13 for palay that has 60 percent moisture.

But farmers and DA Usec. Ariel Cayanan, who represented DA Sec. William Dar during the House briefing, were quick to refute Dansal’s claim.

“There is already a recognition that those already happened,” Cayanan said referring to the drastic decrease in palay price in some areas of the country, including Nueva Ecija.

Ignacio Ortiz, a farmer from Nueva Ecija and representative of the Alyansa ng Magbubukid sa Gitnang Luzon, slammed Dansal and said that the P16-P18 palay price that she was saying was way back in 2018.

Ortiz nonetheless blamed Republic Act No. 11203 signed February this year for the continuous decrease in the price of palay. The law replaces quantitative restrictions on imported rice with tariffs or taxes.

Dansal said the NFA would investigate the situation. /jpv