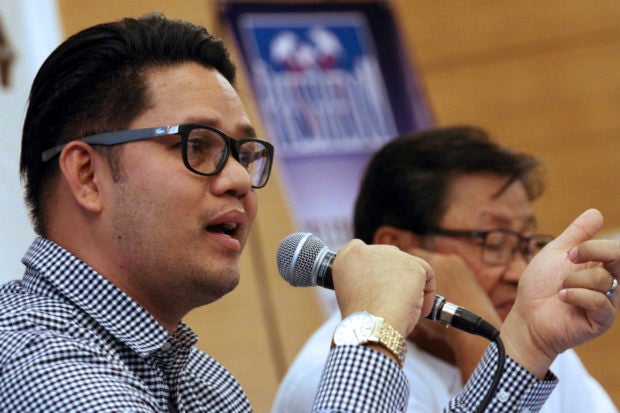 In a statement sent to reporters, Medialdea said that Clavite, in his letter on July 17, “manifested his intention to submit his irrevocable resignation to the President citing personal reasons.”

“He also said that he already gave three years to the country and it’s time for him to go back to his family. This was elevated to the President and thereafter accepted it,” Medialdea added.

The Palace official has thanked Clavite for his service to the country.

“We recognize the service Mr. Clavite has rendered and wish him all the best in his future endeavors,” he said.

In a statement, Clavite insisted he did not submit a letter of resignation to Malacañang.

“I said I ‘intend to submit’ because we both agreed in our meeting that he reviews first my letter. He specifically asked me not to resign. I merely reiterated in the letter our conversation and I said it will be sent to the President. My July 17 letter was addressed to ES [executive secretary], not the President,” Clavite said.

“If they used that statement to make such decision, then I’ll accept that. I just think it’s not fair that after hearing my side and asking me to write all the details, they would do such without even talking to me,” he added.

Clavite said he received a letter from Medialdea on August 30, saying Duterte had accepted his resignation and would take effect immediately.

“The letter asking me to leave on the same day,” he said, “was too harsh not only for me but the organization which was deprived of proper transition and handover.”

“They owe it to the country and the people. They have to ensure PIA is properly managed and for it to continue to be a strong force that empowers people through timely, accurate and relevant information free from political interference and biases,” he added.

The Presidential Communications Operations Office (PCOO) has investigated Clavite over allegations of corruption. The PIA is under PCOO.

Clavite earlier said he would answer allegations hurled against him “in the proper forum when the time comes.” /jpv