MANILA, Philippines – The Philippine National Police (PNP) honored on Monday two police officers who assisted and rescued fellow passengers of a boat that capsized in the Iloilo Strait last month.

Albayalde awarded the medals to the two police officers during the flag-raising ceremony at Camp Crame, Quezon City, for their “heroic acts of conspicuous courage and commitment to the service for saving lives of civilian passengers on board despite being victims themselves during the sea mishap.”

The PNP said both Magan and Erpelua were passengers of the M/B Chi-Chi when it capsized after it ran into a squall, or sudden emergence of strong winds, waves, and rain, while en route to Jordan, Guimaras from Iloilo City past noon on August 3.

Another boat, M/B Keziah 2, which was coming from the opposite direction, also flipped over after it ran into the squall at around the same time.

At about 3:30 p.m., a third vessel, M/B Jenny Vince also capsized when it encountered the same squall while heading to Iloilo City from Buenavista, Guimaras.

“With presence of mind and skills, they helped fellow passengers survive the ordeal while they were still at sea,” Brig. Gen. Bernard Banac, PNP spokesperson, told INQUIRER.net, referring to the two police officers.

Sixty-five passengers and crewmen survived the maritime mishaps while 31 others perished. /gsg 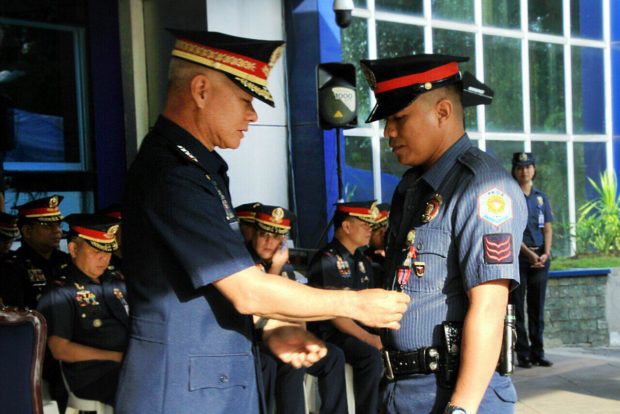 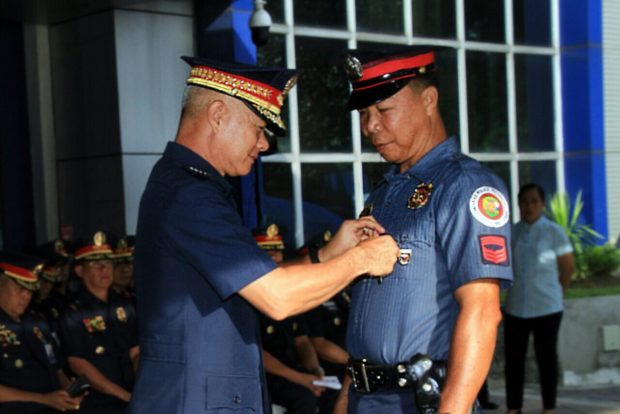