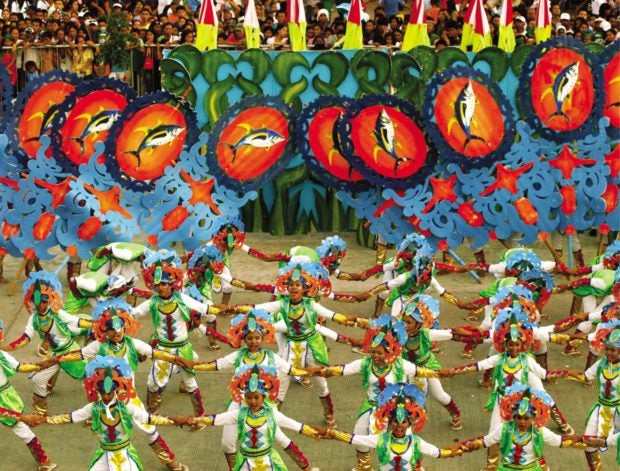 The tuna industry and its fishermen are celebrated in a weeklong festival in General Santos City.

As of 2018, the tuna industry employs some 137,000 people in General Santos, touted as the “tuna capital of the Philippines.”

There will be a national tuna congress and trade exhibit, fish fest, fishermen’s night, art exhibit and sashimi night.

This festival in Labo, Camarines Norte, is based on the epic titled “Ang Epiko ni Busig-on” by Carlos Galvez.

It also pays tribute to the Busig-on River, one of the longest river systems in Camarines Norte and a vital source of food to residents.

The name of the festival in the town of Tupi in South Cotabato province came from B’laan words meaning “beautiful or bountiful Tupi.”

It has been the official festival name since 2010, when the Sangguniang Bayan changed the festival from Kasadyahan to Agten Tufi.