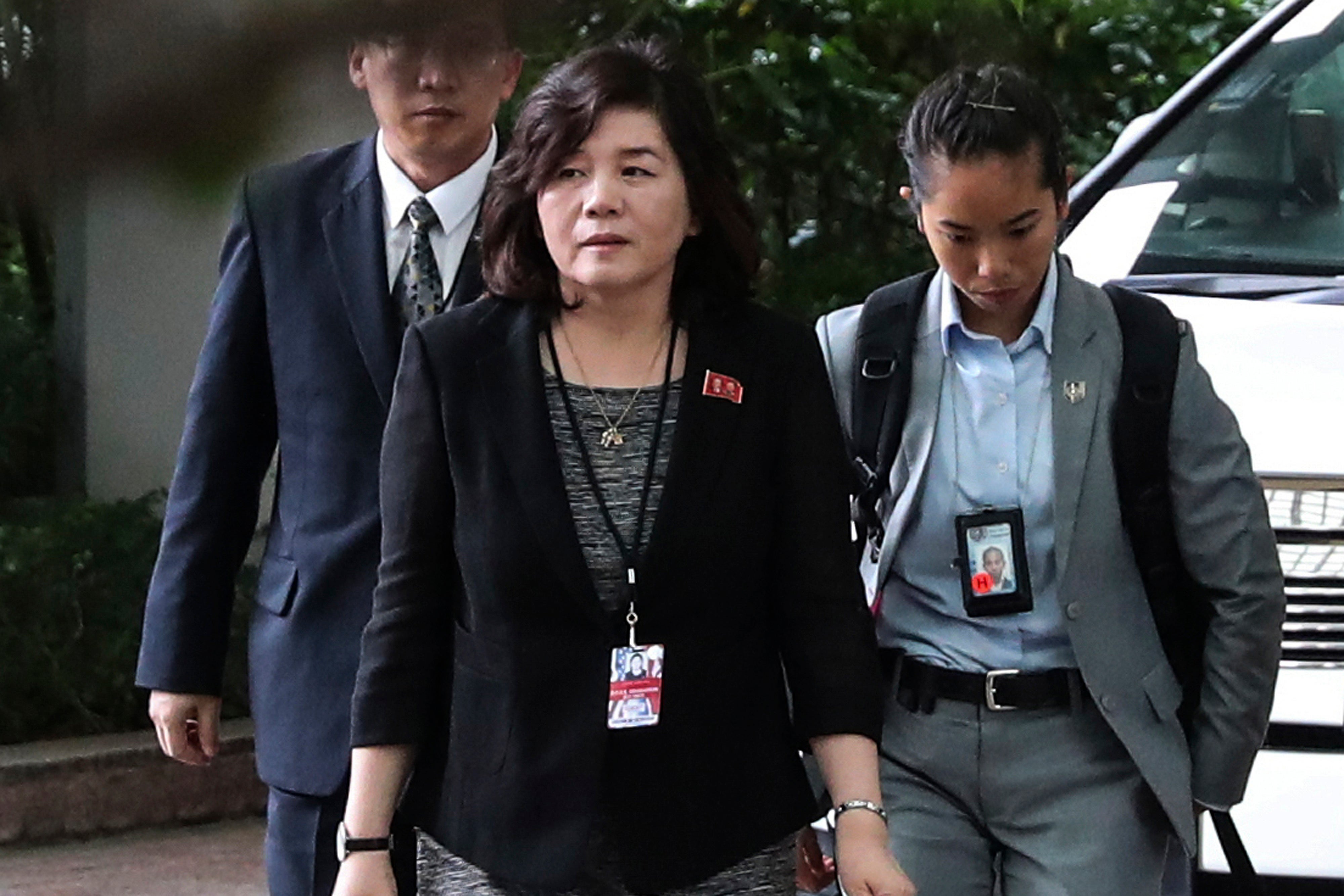 “Our expectations of dialogue with the U.S. are gradually disappearing and we are being pushed to reexamine all the measures we have taken so far,” Choe said.

“We are very curious about the background of the American top diplomat’s thoughtless remarks and we will watch what calculations he has. The U.S. had better not put any longer our patience to the test with such remarks irritating us if it doesn’t want to have bitter regrets afterward.”

Pompeo in speech to U.S. veterans in Indiana on Tuesday said the Trump administration recognized that “North Korea’s rogue behavior could not be ignored” while touting its approach in foreign policy.

“Americanism – it means telling the truth about the challenges we face,” Pompeo said. “Look, this administration didn’t pretend that the Islamic Republic of Iran was a responsible actor in the Middle East.  We called out China’s bad behavior on trade and on national security.  We recognized – we recognized that North Korea’s rogue behavior could not be ignored.”

Nuclear negotiations have been at a standstill since a February summit between President Donald Trump and North Korean leader Kim Jong Un in Vietnam collapsed after the U.S. side rejected North Korean demands for broad sanctions relief in exchange for a partial surrender of its nuclear capabilities.

The North since the breakdown in Hanoi has repeatedly demanded that Washington remove Pompeo from the nuclear negotiations, accusing him of maintaining a hard-line stance on sanctions and distorting Pyongyang’s statements, while avoiding direct criticism of Trump.

Trump and Kim met again at the inter-Korean border in June and agreed to resume working-level talks, but there has been no known meeting between the countries since then. The North in recent weeks conducted a slew of short-range ballistic missile tests in what’s seen as an attempt to increase pressure on Washington and Seoul over the slow nuclear diplomacy.  /muf