Bahamas braces for hit as Hurricane Dorian roars toward US 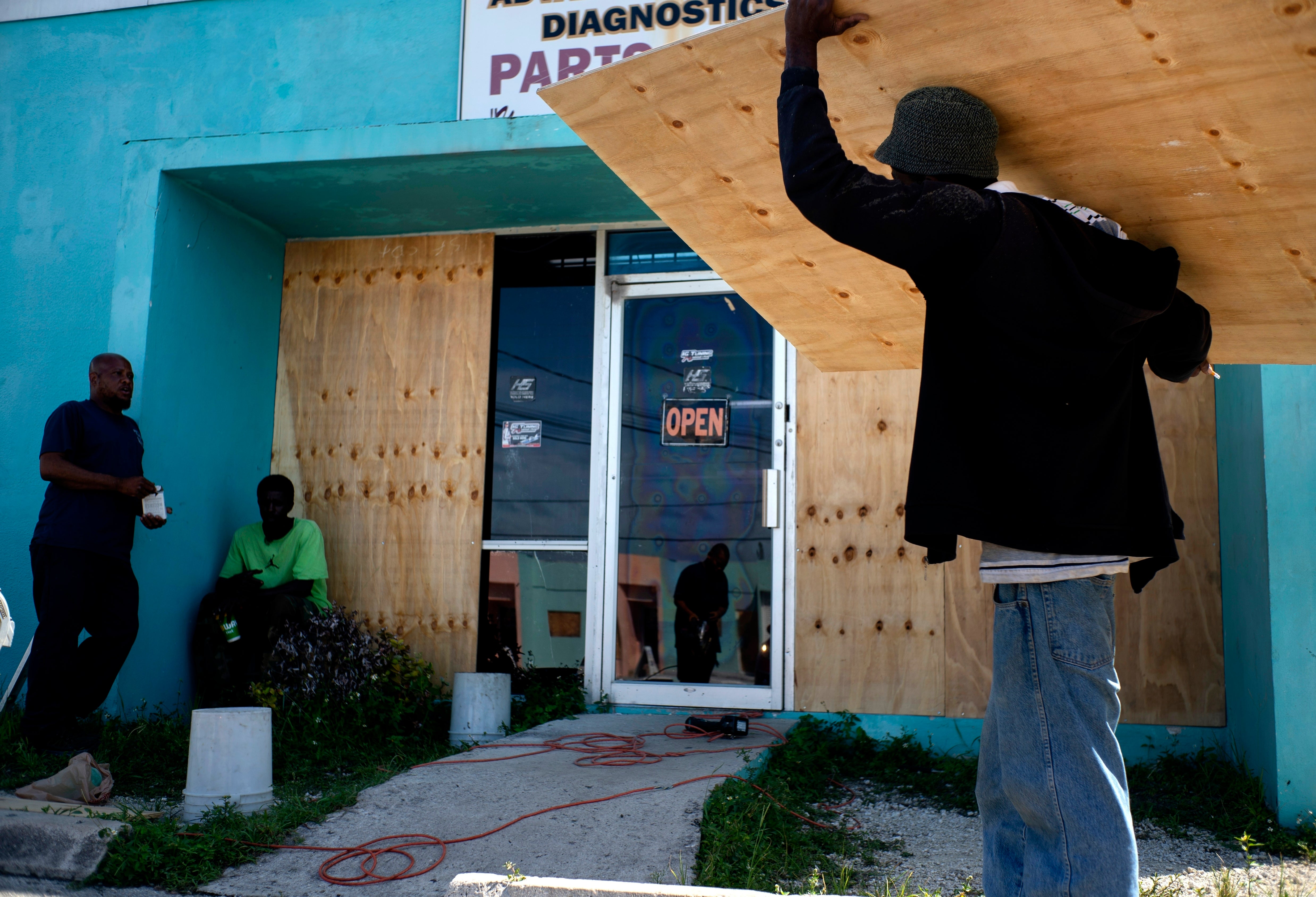 Workers board up a shop’s window front as they make preparations for the arrival of Hurricane Dorian, in Freeport, Bahamas, Friday, Aug. 30, 2019. Forecasters said the hurricane is expected to keep on strengthening and become a Category 3 later in the day. (AP Photo/Ramon Espinosa)

FREEPORT, Bahamas — The sounds of hammers banging into plywood and cash registers dinging echoed across the Bahamas on Friday as the archipelago just southeast of Florida rushed to prepare for Hurricane Dorian , which grew into a dangerous Category 4 storm by evening.

The storm was expected to approach the northwestern Bahamas on Saturday and then move over or near that area on Sunday.

“Do not be foolish and try to brave out this hurricane,” Prime Minister Hubert Minnis said at a news conference. “The price you may pay for not evacuating is your life.”

A hurricane warning was issued for the northwestern Bahamas, including the Abacos Islands, Berry Islands, Bimini, Eleuthera, Grand Bahama and New Providence, which is the most populated island in the archipelago. A hurricane watch was in effect for Andros Island.

The U.S. National Hurricane Center said 10 to 15 inches (25 to 38 centimeters) of rain was expected to tall on the northwestern Bahamas, with up to 20 inches (51 centimeters) in isolated areas.

Officials said 2,000 to 3,000 people who live on tiny cays in the Abaco Islands needed to evacuate and seek higher ground.

“I’m really worried,” said Kevin Adderley, a business owner who was securing his mechanic shop in the city of Freeport on Grand Bahama Island. “I’m going to bunker down home with my kids.”

Supplies like canned food and bottled water were quickly disappearing as long lines formed at gas stations and grocery stores.

“The food store is very packed,” Gina Davis said as she pushed her grocery cart through the aisle. “I’m very concerned because it’s going to be a Category 4 storm. … We pray to God that it don’t do us bad.”

Stephen Russell, director of the islands’ National Emergency Management Agency, said major storms have hit the Bahamas for three consecutive years: Hurricane Joaquin in 2015, Matthew in 2016 and Irma in 2017, causing an estimated $80 million in damage.

“We are a resilient nation,” he said in a statement.   /muf