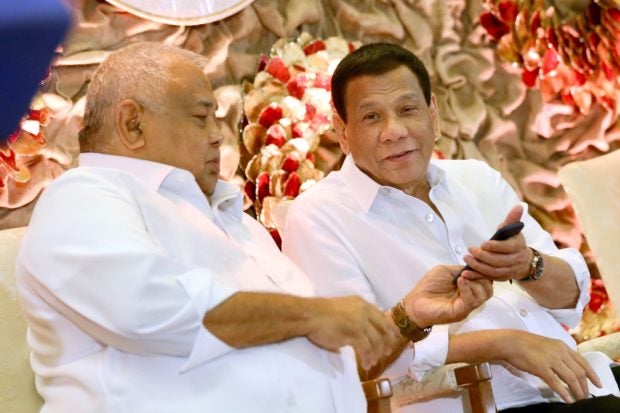 MANILA, Philippines — President Rodrigo Duterte has ordered all government agencies to revert to the national government fund all their accounts payable, which remain outstanding for two years or more.

The latest order was contained in the Executive Order No. 87 signed by Executive Secretary Salvador Medialdea by the authority of the President.

“All documented accounts payable for fiscal year 2016 and years prior thereto shall be reverted to the Accumulate, Surplus or Deficit of the General Fund, or the Cumulative Result of Operations of the National Government,” the order read.

“Henceforth, all documented accounts payable which remain outstanding for at least two years for which no actual administrative or judicial claim has been filed, shall be subject to automatic reversion,” it added.

The order also said that “all payable which are undocumented or not covered by perfected contracts, regardless of the year in which they were incurred, shall automatically be reverted.”

“The recording of undocumented accounts payable in the books of accounts of agencies shall be strictly prohibited,” it said.

“In the event that reverted accounts payable are subsequently validated by competent authorities or by final and executory decisions, Section 3 of the order said “the funding therefore shall be determined by the Department of Budget and Management (DBM) subject to the applicable laws, rules and regulations.”

“The preceding Section shall in no way be construed as authority to revive or validate claims and accounts payable that are already barred by prescription or disallowed by final judicial or administrative determination,” it said.

Duterte said the order “shall apply to all accounts payable of all National Government Agencies, except: (i) trust or fiduciary funds, for as long as the purposes for their creation have not been accomplished; and (ii) accounts payable corresponding to foreign-assisted projects for the duration of the said projects.”

The order said “failure to comply with the foregoing shall be a ground for appropriate sanctions and/or administrative action against the responsible govemment officials and employees, as may be warranted under the circumstances.”

The order stated that the DBM, in coordination with the Commission on Audit, “shall prepare the rules and regulations for the implementation of this order.” /jpv

READ: PDF format of the Executive Order No. 87

Read Next
3 more drug lords released from jail for good conduct, says Lacson
EDITORS' PICK
Diokno to Duterte: OK to make fun of buck tooth, but focus on people’s needs first
10 Filipinos positive for COVID-19 in UK, 7 in Ireland — envoy
IATF to LGUs: Issue ordinances vs attacks on frontliners, COVID-19 patients
Nograles: Cabinet members to donate 75% of monthly salary to aid COVID-19 fight
Quick chat with Nicole Andersson: ‘You really don’t need much to be happy’
Robredo spox thanks Duterte for defending VP’s efforts vs COVID-19
MOST READ
Coronavirus hotbed Rizal to shut borders on April 6
ADB warns PH against prolonged lockdown
Sotto on Isko Moreno’s call: We do our job without the media following our every move
Gov’t mulling quarantine period extension of 15-20 more days
Don't miss out on the latest news and information.