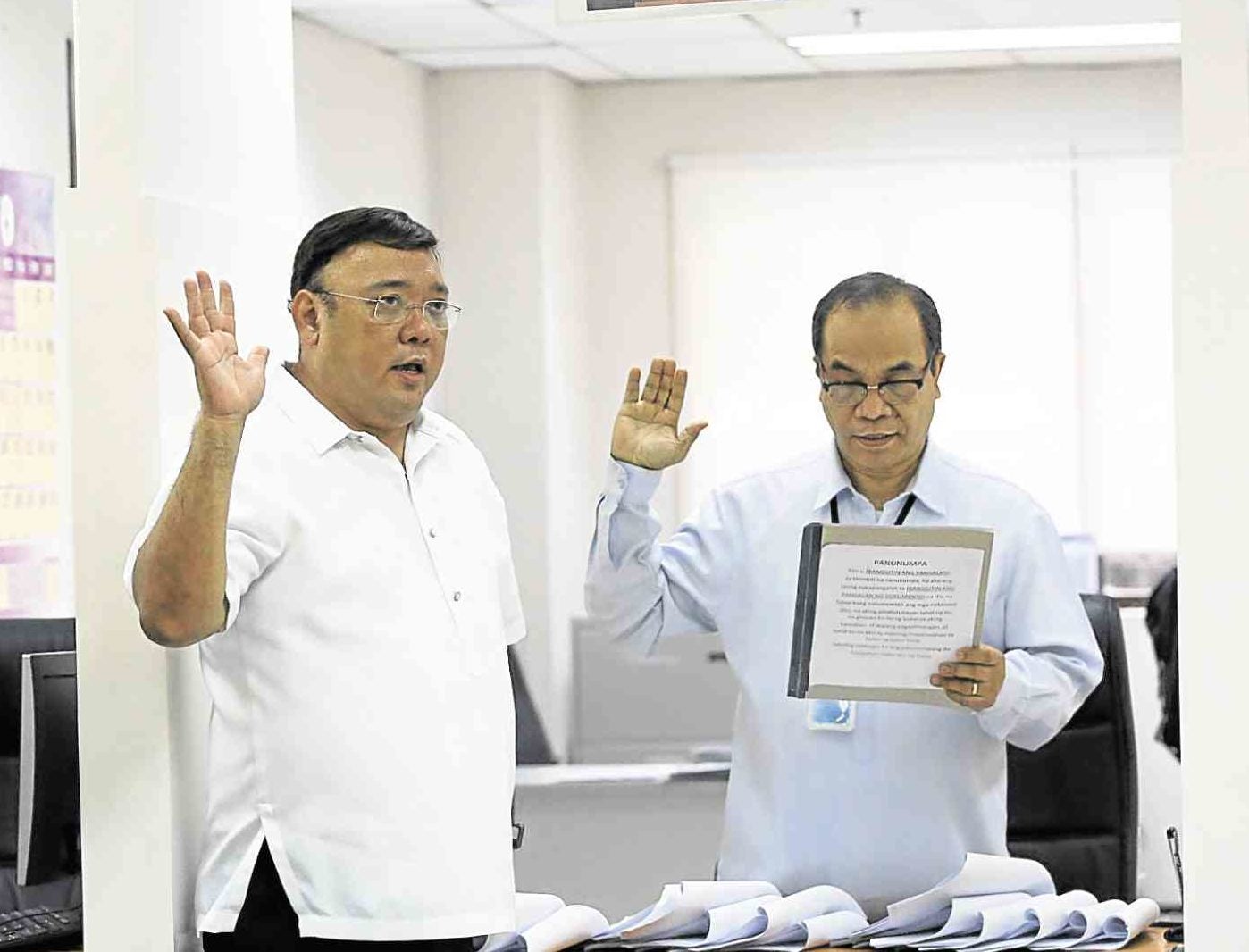 Lawyer Harry Roque on Thursday filed in the Office of the Ombudsman graft, usurpation of judicial functions and grave misconduct charges against 11 former and incumbent executives of Philippine Health Insurance Corp. (PhilHealth) for reaccrediting an erring hospital in Cebu.

“Because of corruption, the funds of PhilHealth are being depleted,” Roque said. He also addressed the officials, telling them to “please let the Filipino people benefit from PhilHealth.”

Of the respondents, De la Serna, Salvador, Grande, Mangaoang and Mangasa are incumbent board members of PhilHealth.

The hospital was earlier found guilty of two counts of extending the confinement period of a patient, in violation of the PhilHealth law.

The original decision of PhilHealth’s Prosecution Department was to suspend Perpetual Succour for three months and to slap it with a fine of P10,000.

The Court of Appeals affirmed the decision. But in a board resolution, the PhilHealth board reversed the suspension and instead ordered the hospital to pay a P100,000 fine.

According to Roque, PhilHealth’s decision to reverse the suspension order cost the government at least P90 million in insurance funds, or P30 million for every month that the hospital should have been suspended.

“Respondents’ acts caused undue injury to the government and gave Perpetual Succour unwarranted benefits, advantage or preference when their liability is … downgraded to a mere imposition of a fine, thereby removing the penalty of suspension against Perpetual Succour,” the complaint said.

He called on the Ombudsman to dismiss the respondents from service.

Roque also asked that the respondents’ civil service eligibility be canceled, that their retirement benefits be forfeited and that they be perpetually disqualified from holding public office.

“In my filing of cases against these high officials of PhilHealth, I want to send a clear message that they need to stop stealing from PhilHealth,” Roque said.

PhilHealth said it remained committed to cooperate with the authorities after 21 of its officials and employees were charged in the Department of Justice for accrediting WellMed Dialysis and Laboratory Center despite an agency finding that the clinic had filed fraudulent claims for dead patients. —WITH A REPORT FROM TINA G. SANTOS