US flies spy plane over Seoul 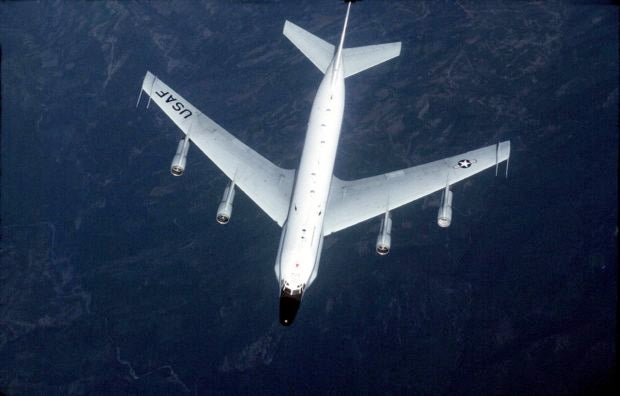 This undated photo from the US Air Force shows an RC-135 surveillance aircraft flying during Nato Operation Allied Force. AFP

SEOUL — A US reconnaissance plane flew over Seoul and surrounding regions Thursday, an aviation tracker said, on an apparent mission to collect intelligence regarding North Korea.

The plane, believed to be an RC-135V, was detected in the skies above South Korea’s capital city and Gyeonggi Province, Aircraft Spots posted on Twitter.

The flight came amid concern the North could continue to conduct missile or rocket launches despite the conclusion of a combined military exercise between Seoul and Washington that Pyongyang cited as a reason for such firings.

This month alone, the communist country conducted weapons tests five times, with the latest one taking place Saturday. That runs counter to North Korean leader Kim Jong-un’s pledge to US President Donald Trump to end such launches after the exercise was over. The drill concluded last week.

Stepping up its surveillance of North Korea, the US has flown the reconnaissance plane over Seoul and its surrounding areas recently more often than before.

The aircraft used to occasionally fly over areas near Seoul around the time the North fired a string of ballistic missiles in 2017. But last year when the current peace process involving North Korea began, it was usually flown over the Yellow Sea.

The South Korean military has said it is monitoring the situation in case of additional launches and maintaining a readiness posture. Yonhap