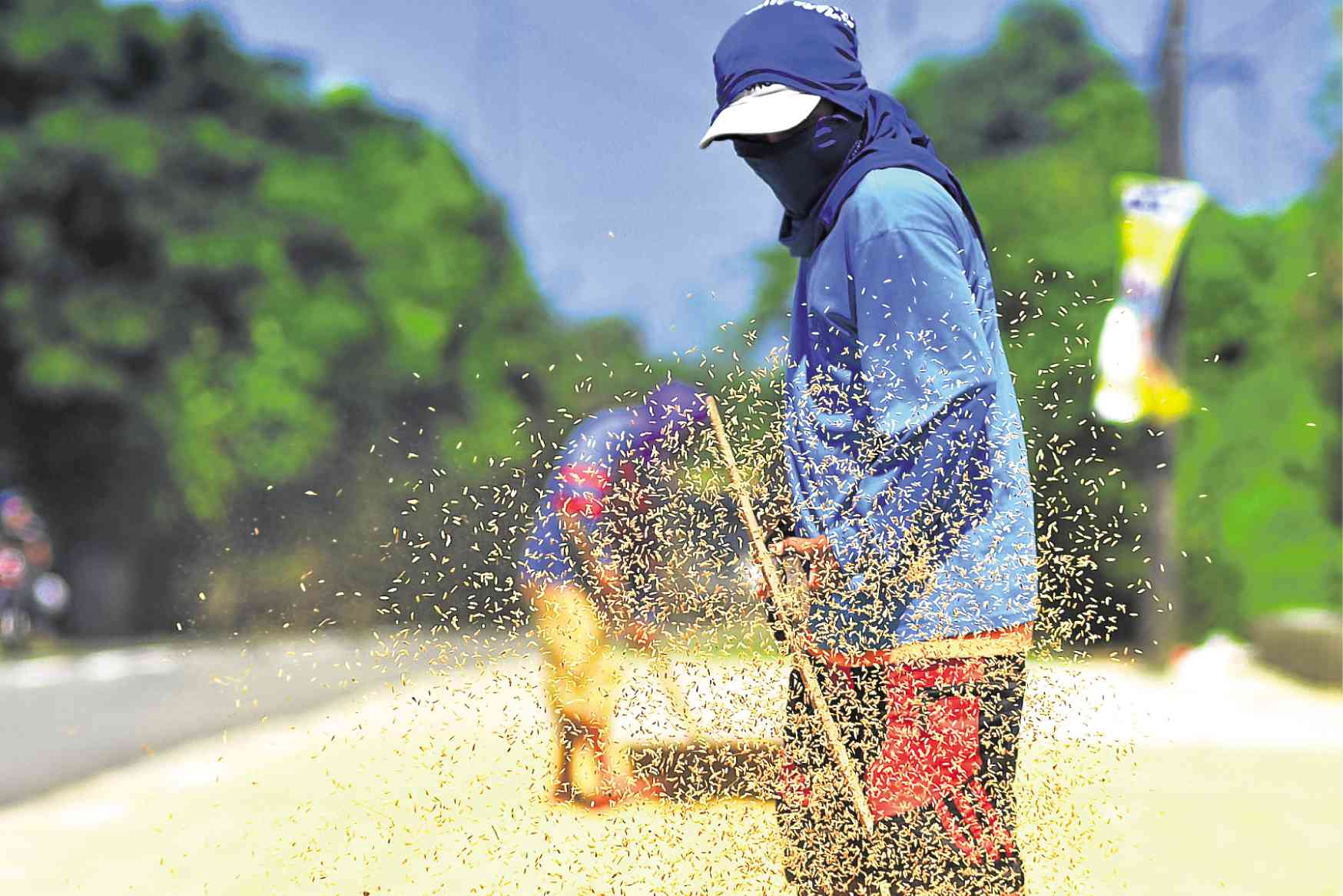 CITY OF SAN FERNANDO, Pampanga, Philippines — Toto Mandap, a rice farmer in Apalit town, Pampanga, has to mill his harvest and sell it for P1,900 per cavan to avoid traders who buy palay (unhusked rice) at between P8 and P10 a kilogram.

Mandap tills a 1.5-hectare of well-irrigated farm at Barangay Cansinala in Apalit, which is beside the Pampanga River.

While he harvests 100 cavans, he said the low buying price of palay put him on the losing end so he had to sell milled rice to his friends for P38 per kg.

Farmers in the provinces of Nueva Ecija, Pangasinan, Isabela and Ilocos Norte said the average farm-gate price of palay fell to as low as P7 per kg.

To cope with the rising production cost, Lyndon Madrid, a farmer from Ilocos Norte said he would rather mill his palay and sell its byproducts, such as rice bran at higher prices.

Records from the Philippine Statistics Authority (PSA) also showed a downtrend in palay prices across the country this month.

In an advisory issued on Wednesday, the PSA said the average farm-gate price of palay dropped to P17.62 per kg from P17.72 in the previous week.

Ignacio Ortiz, chair of Alyansa ng Magbubukid sa Gitnang Luzon-Nueva Ecija, said the new low price was a result of the rice tariffication law (Republic Act No. 11203). The law has opened the country to importation of cheap rice that has been flooding the local market.

“Rice liberalization has caused so much damage to farmers,” Ortiz said in a statement.

On Wednesday, women farmers’ group Amihan and rice watch group Bantay Bigas called for the repeal of RA 11203 during a public hearing led by the Senate committee on agriculture and food.

This forced consumers to buy commercial rice at P36 to P50 per kg, the groups said.

Farmers in Kalinga province, considered the rice granary of the Cordillera, are also reeling from the effects of rice tariffication.

At the Senate hearing, Sen. Cynthia Villar, committee chair, proposed to remove the incentives given by the NFA to farmers when buying palay to allow the agency to purchase more of the crop as prices continued to fall.

She also said the NFA’s buying price for palay should be reverted back to P17 per kg from P20.70 to help more farmers.

The move will give immediate relief to rice producers as the average farm-gate price of palay declined anew to P17.62 per kg as of the second week of August. Compared to the year-ago rate of P22.28 per kg, this was lower by 20 percent.

While the NFA has been surpassing its procurement targets as of late, the onset of the harvest season in September is expected to drown the market with both imported and local rice, which will add to farmers’ woes.

The NFA offers a buying price of P17 per kg, but this can increase to P20.40 and P20.70 per kg for individual farmers and farmer cooperatives, respectively, when incentives for drying and delivery are included.

The agency’s procurement activities are an important safety net for rice farmers as some traders have already adjusted their buying price to as low as P13 per kg following the entry of more affordable imported rice in the market.

Given funding restrictions, however, the NFA would not be able to cover all farmers if it  continues with its incentive program.

Why you should check out Intramuros now