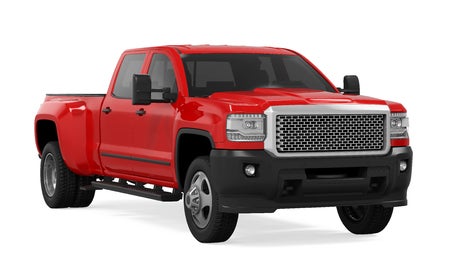 A stolen pickup truck turned out to belong to a man who was stealing from a store. INQUIRER.net stock photo

A man who reported his car stolen in Washington, United States wound up getting arrested, after it was found that he was robbing a store during the time of the auto theft.

William Kelley, 42, called police at 6 a.m. on Aug. 25 to report that his red 1992 Chevy pickup was taken, according to a police statement. His keys were left on the seat.

When police reviewed security surveillance which was posted on Facebook on Aug. 26, a man riding a bicycle was seen driving toward the pickup truck. He then entered the vehicle and put his bike on the truck bed.

Another man could be seen chasing after the truck as it moved out of the parking lot. It was not confirmed if the second man was Kelley himself.

On 8-25-2019 at about 6:00AM, KPD responded to the area of the 500 block of E Bruneau for an auto theft that had just occurred. The owner of the vehicle, William Kelley, was reporting that someone just stole his red 1992 Chevy pickup with maroon canopy, WA license B96531X. He had left his keys on the seat. A male riding a 10-speed rode by and discovered the keys and then threw his back bike in the bed of the truck and fled. Video was obtained of the incident and a new fact was discovered. Kelley was at the location because he was stealing items from a business across the street. Kelley was booked into the jail in the AM hours on a warrant and subsequently a new charge of Burglary was added. Kelley's vehicle has still not been located. Any assistance with locating the truck or the identify the car thief, please call KPD reference case number 19-33651.

According to police, it was also discovered through video of the incident that Kelley had been robbing a store across the street.

He was arrested and put in Benton County jail and charged with burglary. The pickup truck is yet to be located. JB