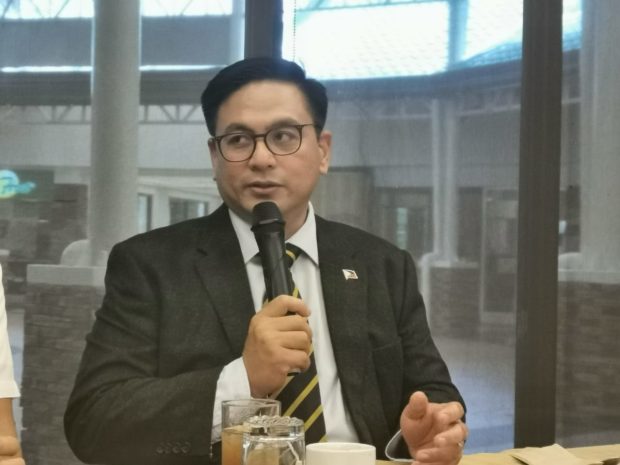 MANILA, Philippines — A lawmaker on Wednesday proposed to turn Laguna Lake, the country’s biggest source of freshwater, as a primary source of domestic water.

Muntinlupa City Rep. Ruffy Biazon said that while the Laguna Lake is currently used by Metro Manila water concessionaires — Maynilad Water Services Inc. and Manila Water Inc.— its quality is “deteriorating as time goes on” as it is also being used for commercial purposes.

“Right now, Laguna Lake is not considered as a principal source of water. It is being used for other commercial purposes. Hence, the quality is not that high,” Biazon said during the hearing of the House committee on Metro Manila Development.

“I hope this forum that we’re in now can be used to ensure water security by taking on concerned government agencies to rethink how we treat Laguna Lake as a water resource,” he added.

The lawmaker noted that only fishpen owners benefit from the lake when, in fact, it could also be utilized as an eco-tourism zone, an alternative means of transportation from Manila to Rizal, among others.

“The lake is dominated by fishpens, hundreds of hectares owned by companies. They are the ones mainly benefitting from this lake, so my point here is that we can benefit from the lake in more ways than one, not just a source of freshwater,” he said.

“It’s not just a source of water but the greater interest of a greater number of people in such as a natural resource which is supposed to be owned by everyone,” Biazon added.

Maynilad President and chief executive officer (CEO) Ramonsito Fernandez said it has also proposed to the Department of Environment and Natural Resources (DENR) and Laguna Lake Development Authority (LLDA) to make the said lakes as a primary source of domestic water.

Fernandez added that Maynilad has also asked the Metropolitan Waterworks and Sewerage System (MWSS) for permission to build a third treatment plant that would draw water from Laguna Lake.

For Manila Water’s part, President and CEO Ferdinand dela Cruz said it supports the “declaration of Laguna Lake to be primarily used for municipal water.” /jpv