Drilon: Church group once asked me to give due consideration to Sanchez | Inquirer News

Drilon: Church group once asked me to give due consideration to Sanchez 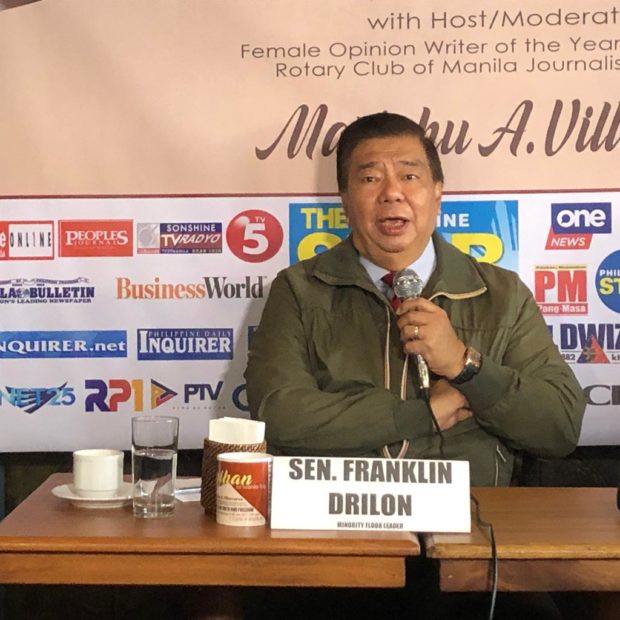 MANILA, Philippines — Senate Minority Leader Franklin Drilon on Wednesday disclosed that he received letters from members of a local Catholic church asking him to “give due consideration” to former Calauan Mayor Antonio Sanchez when he was secretary of the Department of Justice (DOJ).

Drilon, who served as Justice secretary when Sanchez was convicted for the murder of two University of the Philippines-Los Baños students, revealed this in a weekly media forum on Wednesday.

According to the senator, letters were given to him by “somebody belonging to the religious faith” which asked him to “give due consideration to Sanchez’s defenses.”

“I just ignored it. And then I discovered that Sanchez is a major contributor [to a local Catholic church],” Drilon said.

In a report by ABS-CBN, the judge who sentenced Sanchez and his six henchmen said she was offered a P30-million bribe for the former mayor’s acquittal.

Sanchez and six others were sentenced to seven life imprisonments in 1995 for the brutal rape and murder of Eileen Sarmenta and the killing of her friend Allan Gomez.

This after the Bureau of Corrections (BuCor) and the DOJ said that thousands of inmates, including Sanchez, could be released due to good behavior.

Justice Secretary Menardo Guevarra, however, ordered the suspension of the processing of the early release for good conduct of thousands of inmates.

Even President Rodrigo Duterte directed both the BuCor and the DOJ to block the early release of the convicted rapist-murderer. /jpv