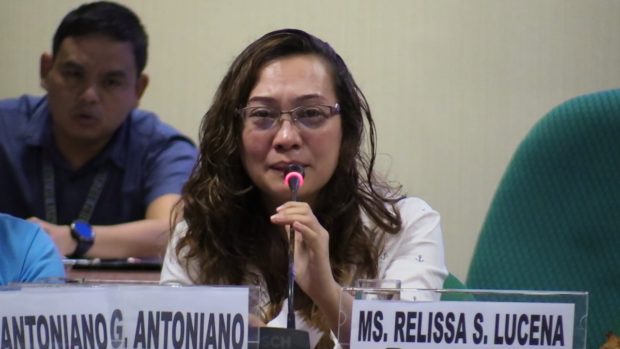 MANILA, Philippines – Leftist organizations have been brainwashing the youth “like a cult,” said one of the lawyers representing one of the private complainants in the kidnapping, child trafficking and child abuse complaint against militant lawmakers and personalities.

Lucena claimed that her daughter was kidnapped and accused the militant organization of keeping her daughter away from her.

But Relissa’s daughter, 18-year old Alicia, already appeared before the Senate and belied allegations that she was kidnapped.

Dean Antonio La Vina, who is Elago’s legal counsel, said that in the counter-affidavit that they would submit on Sept. 10, they would explain that the alleged missing student activist Alicia Lucena, 18, was not in their custody.

Alicia also reportedly only campaigned for the Kabataan partylist during the elections.

La Vina said: “It is very simple. She (Elago) ran for Kabataan partylist. It is a legitimate political party that is not a crime for her to ask people to campaign for her. There is no crime involved here.”

Meanwhile, Topacio said they would present five witnesses to prove their claim that the students are brainwashed.

They would have a “joint effort” with the PNP, particularly the CIDG and the Legal Division, and the Office of the Solicitor General (OSG) on how best to present their complaint.

The DOJ sets the second preliminary hearing for Sept. 10./ac