‘Jenny’ accelerates; Signal No. 2 up in six Luzon provinces 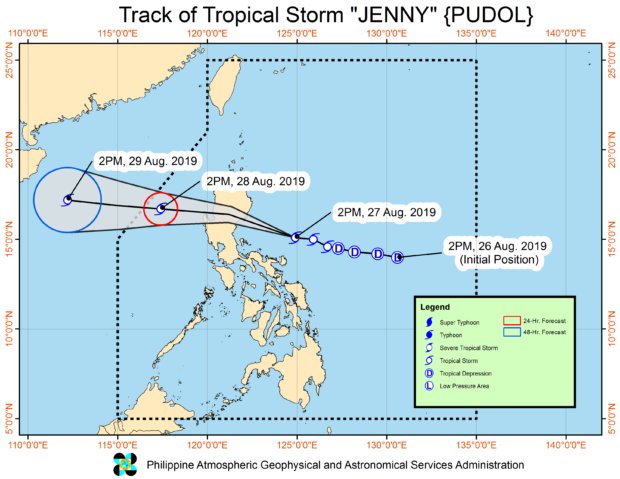 Based on Pagasa’s 5 p.m. severe weather bulletin, Jenny accelerated to 35 kilometers per hour (kph) from the previously reported 25 kph.

The state weather bureau said that at 4 p.m., the tropical storm was spotted at 290 kilometers east of Infanta, Quezon with maximum sustained winds of up to 65 kph and gustiness of up to 80 kph.