A priest was arrested last Wednesday, Aug. 21 after being accused of stealing money from his church in Pennsylvania, United States. 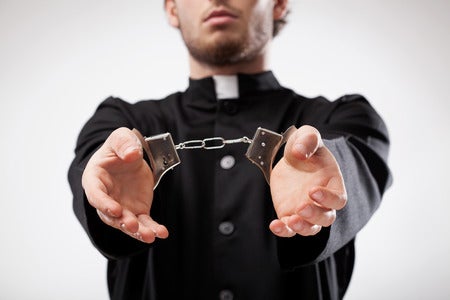 Aside from donations, investigators found out that the money had also come from fees paid to the church for weddings and funerals. He doubled the stipend he received from the said events held at his church.

McLoone allegedly used the unauthorized bank account to pay for travel, dining and his beach house in Ocean City, New Jersey. Meanwhile, he admitted to spending some of it on sexual relationships with other men he met on the gay dating application, Grindr.

McLoone deposited $1,200 (almost P63,000) into the commissary account of a prisoner in a New York prison, as per the criminal complaint. The prisoner, identified in court documents as Brian Miller, was never a Pennsylvania resident and has no connection to the priest’s church.

According to the complaint, McLoone said Miller lived in New York City and that they met via Grindr for a sexual relationship.

The priest also allegedly made 17 different payments to other men he met on the gay dating application. The payments totaled to $1,720 (about P90,000) and were made between April 2015 and April 2017, the report stated further.

The archdiocese of Philadelphia launched an investigation last August, as per their statement on the same day. Following the investigation, McLoone was placed on administrative leave and replaced with a new pastor.

The statement claimed McLoone acknowledged some expenses were for “personal expenses of an inappropriate nature.”

McLoone faces felony theft charges and his bail has been set at $50,000 (P2.6 million). Ryan Arcadio/JB