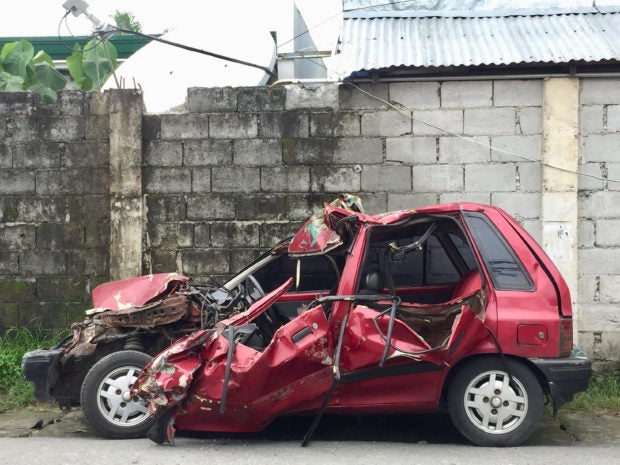 SAN ANTONIO, Zambales –– A Philippine Navy officer was killed after the car he was driving figured in a head-on collision with a passenger bus here on Monday evening, police said.

Private First Class Joseph Bill Ignacio, who was based at the Naval Education, Training and Doctrine Command here, was declared dead on arrival at the San Marcelino District Hospital.

Investigators said Ignacio, 26, a resident of Zamboanga City, was heading north and swerved to the opposite lane while driving his Kia Pride Sedan on high speed.

Ignacio suffered injuries and did not make it alive at the hospital./lzb