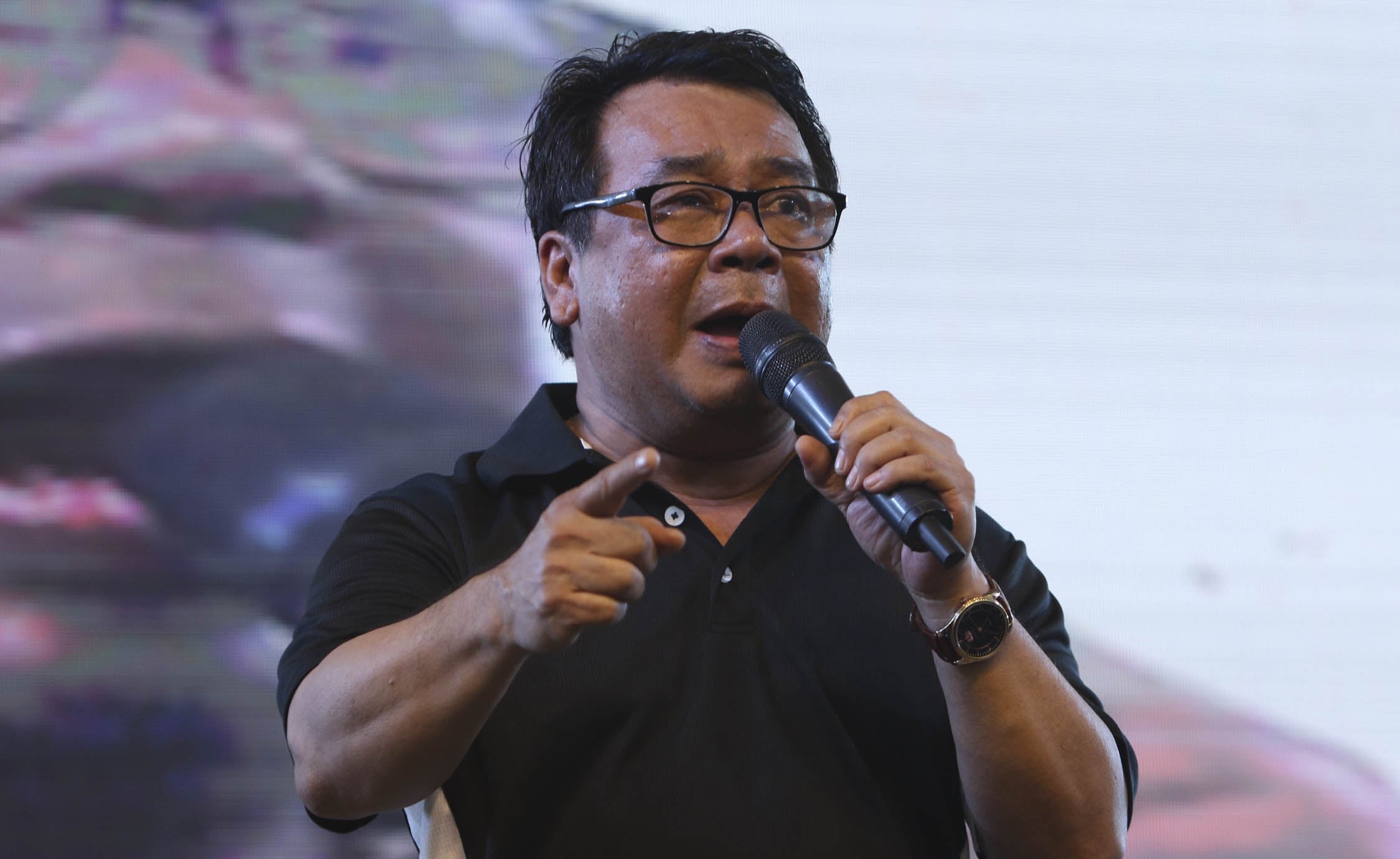 ‘REALLY STAGGERING’ Bayan Muna chair Neri Colmenares says the new budget may have the biggest pork for the President.

MANILA, Philippines — The proposed P4.1-trillion national budget for next year may contain the biggest “presidential pork” yet, a former lawmaker warned Congress on Monday.

House leaders were urged to look carefully at suspicious lump sums in the budget submitted by the Duterte administration, particularly the P1.7-trillion special purpose fund (SPF), a large portion of which would be under the control of the President.

Bayan Muna chair Neri Colmenares said Malacañang must explain exactly how much discretionary funds would be in the hands of President Rodrigo Duterte and his alter egos after the spending bill was passed into law.

The Palace did not respond to requests for comment.

“We have received reports that there is about P1.7 trillion in SPF … [which has] no specific details,” Colmenares said in a statement. He was referring to the P1.735 trillion identified by the Department of Budget and Management (DBM) in the national expenditure program, which it submitted to Congress last week.

“This is really staggering and is more than a quarter of the whole national budget,” Colmenares said.

The amount includes automatic appropriations or budgetary items that do not require legislative approval, such as the internal revenue allotment (IRA) for local governments, the block grant for the Bangsamoro government, and interest payments for debt service.

Net of automatic appropriations, the SPF in the 2020 budget would amount to P761.8 billion.

It covers the following, inclusive of automatic appropriations:

The DBM attributed a considerable portion of the increase in the 2019-2020 SPF to the P63.6 billion for the Bangsamoro block grant, pursuant to Republic Act No. 11054 or the Bangsamoro Organic Law.

According to the department’s breakdown of automatic appropriations, the IRA would amount to P648.9 billion, up from 2019’s P575.5 billion, while debt service-interest payments would reach P451 billion from 2019’s P399.6 billion.

Retirement and life insurance premiums were allocated P49.3 billion, while P10 billion was proposed for net lending, and P14.5 billion for the tax expenditure fund.

Another P12.5 billion was allocated for special accounts in the general fund.

The SPF has risen year-on-year since 2018. This year, special purpose funds were programmed at P1.44 trillion, including automatic appropriations. In 2018, it amounted to P1.1 trillion.

“I hope that the executive department can explain this, because, if not, then the 2020 national budget may have the biggest presidential pork barrel in our country’s history,” Colmenares said.

He said the SPF could be classified as a “humongous lump sum, and therefore pork barrel, because up till now the details or line items on where it is supposed to be spent [are] unknown.”

The SPF refers to budgetary allocations intended for specific purposes and are usually lump sums, as the recipient agencies or programs have not yet been identified during budget preparation and legislation, according to the DBM.

These are then made available for allocation to agencies, in addition to their built-in appropriations during budget execution, pursuant to special provisions and conditions pertaining to the SPF.

Releases from certain SPFs, such as calamity fund and contingency fund, are subject to presidential approval.

Unprogrammed funds are released only if revenue collections exceed targets.

Critics have often described the lump-sum appropriations as presidential pork barrel due to their discretionary nature.

Pork barrel refers to the practice of giving lawmakers or officials lump-sum allocations in the budget or earmarking their pet projects after the appropriations law has been approved.

The Supreme Court struck down all iterations of pork, including “all informal practices of similar import and effect, which the high court similarly deems to be acts of grave abuse of discretion amounting to lack or excess of jurisdiction.”

Also on Monday, Speaker Alan Peter Cayetano said he believed Congress was on track to pass the budget measure by October.

“I think before Oct. 4, we will have our third reading of the budget. I don’t want to preempt it but that’s the target,” he told reporters at a National Heroes’ Day event in Taguig City.

“So far, the budget deliberations are going well,” he said.