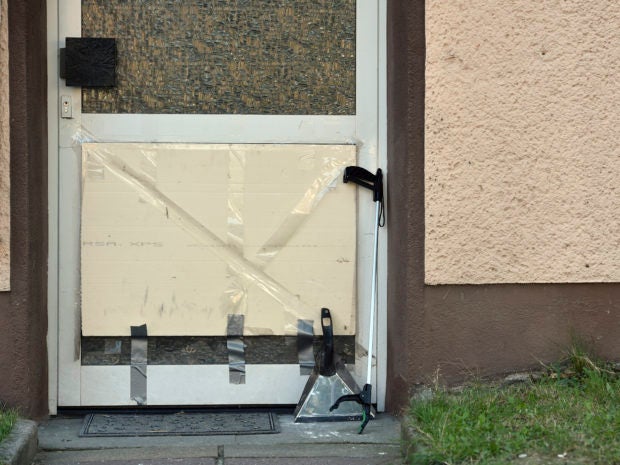 A dustpan and a gripper are pictured in front of an evacuated apartment building in Herne, Germany, on August 26, 2019. An escaped cobra is on the loose in the city in western Germany, and authorities are still trying to figure out how far the reptile has slithered. (Caroline Seidel/dpa via AP)

BERLIN — An escaped cobra is on the loose in a city in western Germany, and authorities are still trying to figure out how far the reptile has slithered.

Municipal authorities in Herne said the venomous snake was spotted Sunday morning in the hallway of a house where snakes were kept, and it may have left the building.

Four houses on the street were evacuated as a precaution and people within a 500-meter radius were advised to exercise caution, leaving their doors and windows closed.

Officials sprinkled flour in the building in hopes that the snake would leave a trail and laid down two-sided sticky tape that could stop the reptile.