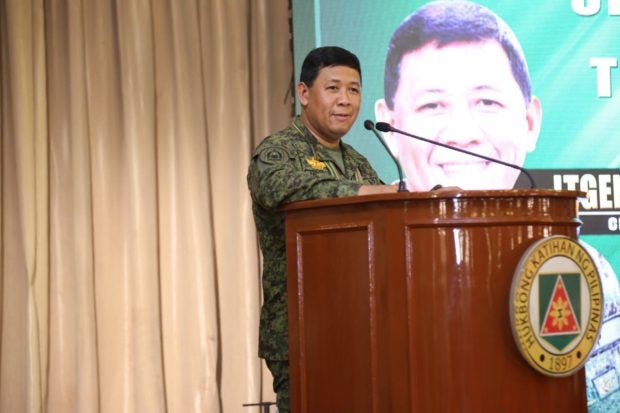 In his National Heroes’ Day message on Monday, the AFP chief said the challenge to uphold the legacy of our heroes continues.

“While we honor the men and women who have made the ultimate sacrifice for our country’s freedom and independence, we are also reminded that the challenge continues and that we each must do our share to protect and defend our way of life,” Madrigal said.

The AFP chief said he hopes the celebration would “fan the flames of nationalism” and that it will remind every citizen that it is their duty to ensure that the legacy of the nation’s heroes will live on.

As a tribute to the country’s countless heroes, the AFP held a wreath-laying ceremony at the Libingan ng mga Bayani Monday morning.

President Rodrigo Duterte, who was supposed to be guest of honor, skipped the event because he is indisposed, his former aide and now Sen. Christopher “Bong” Go said.