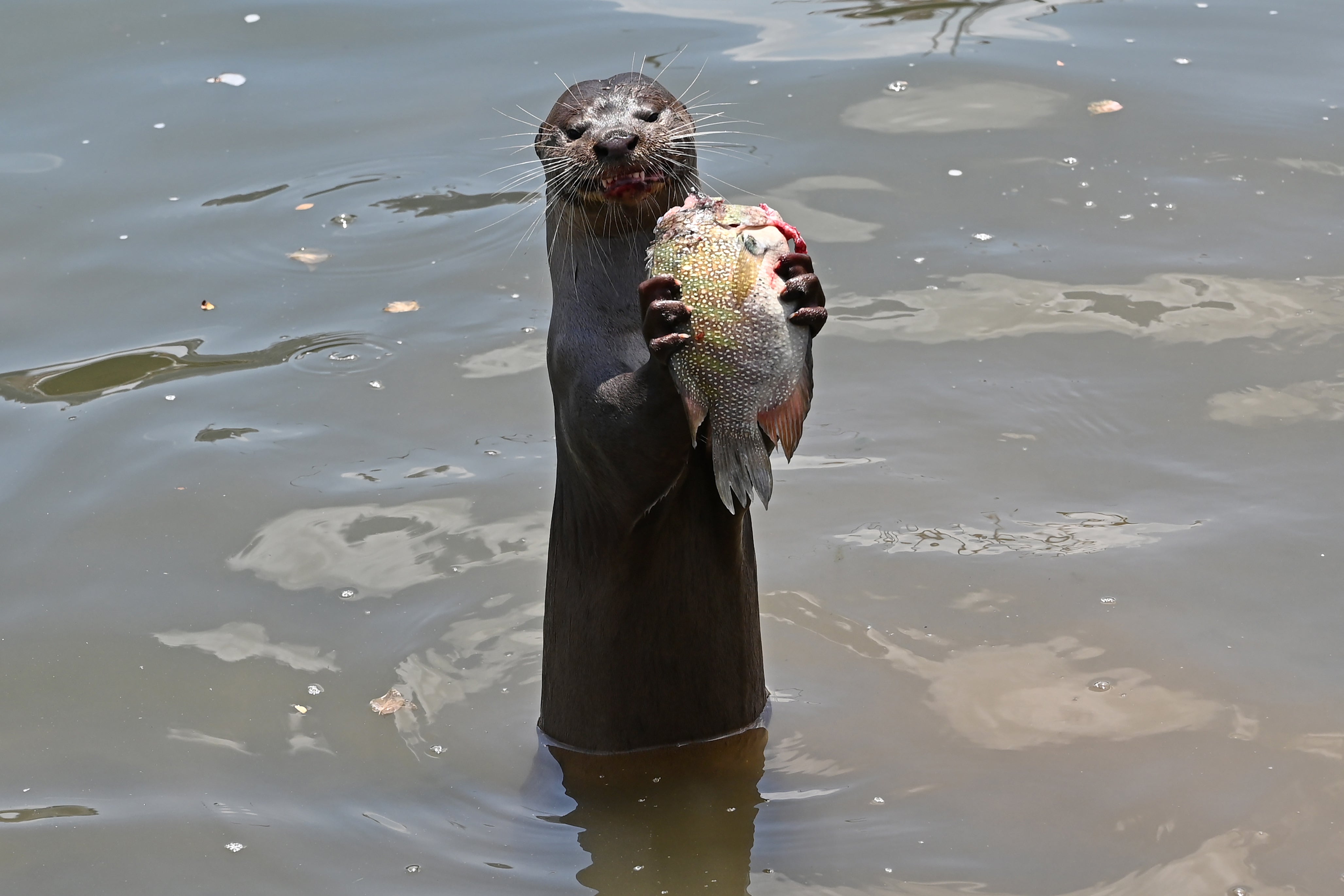 A wild smooth-coated otter feeds on a fish on the Singapore river on February 21, 2019. (AFP)

GENEVA–Over 100 countries voted Sunday to ban the trade in the smooth-coated otter and placed it on the CITES most endangered list.

The proposal was adopted by 102 votes in favor, 15 against and 11 abstentions at the Convention on International Trade in Endangered Species (CITES) meeting in Geneva.

Ecologists say this is vital for the survival of the species which has seen numbers in the wild plummet by at least 30 percent in the past 30 years, a decline which has accelerated with the fad in Japan of keeping otters as pets.

Otter cafes have sprung up in Japan offering baby otters for up to $10,000.

Popular Instagrammers posting selfies with their pet otter may simply be seeking to warm the hearts of their sometimes hundreds of thousands of followers, but animal protection groups say the trend is posing an existential threat to the silky mammal.

“The illegal trade in otters has suddenly increased exponentially,” Nicole Duplaix, who co-chairs the Otter Specialist Group at the International Union for Conservation of Nature, told AFP this month.

The smooth-coated otter and the Asian small-clawed otter are already listed as threatened under CITES Appendix II, but India, Nepal, Bangladesh and the Philippines are asking that they are moved to Appendix I, which would mean a full international trade ban.

Placing the otters in Appendix I  would send the necessary message to the public, and “in particular to online and social media audiences, that trade in them is detrimental to their welfare and survival,” said Sumanth Bindumadhav on behalf of 26 NGOs concerned about endangered species.

The CITES vote on Sunday must still be confirmed at the meeting which continues until Wednesday.