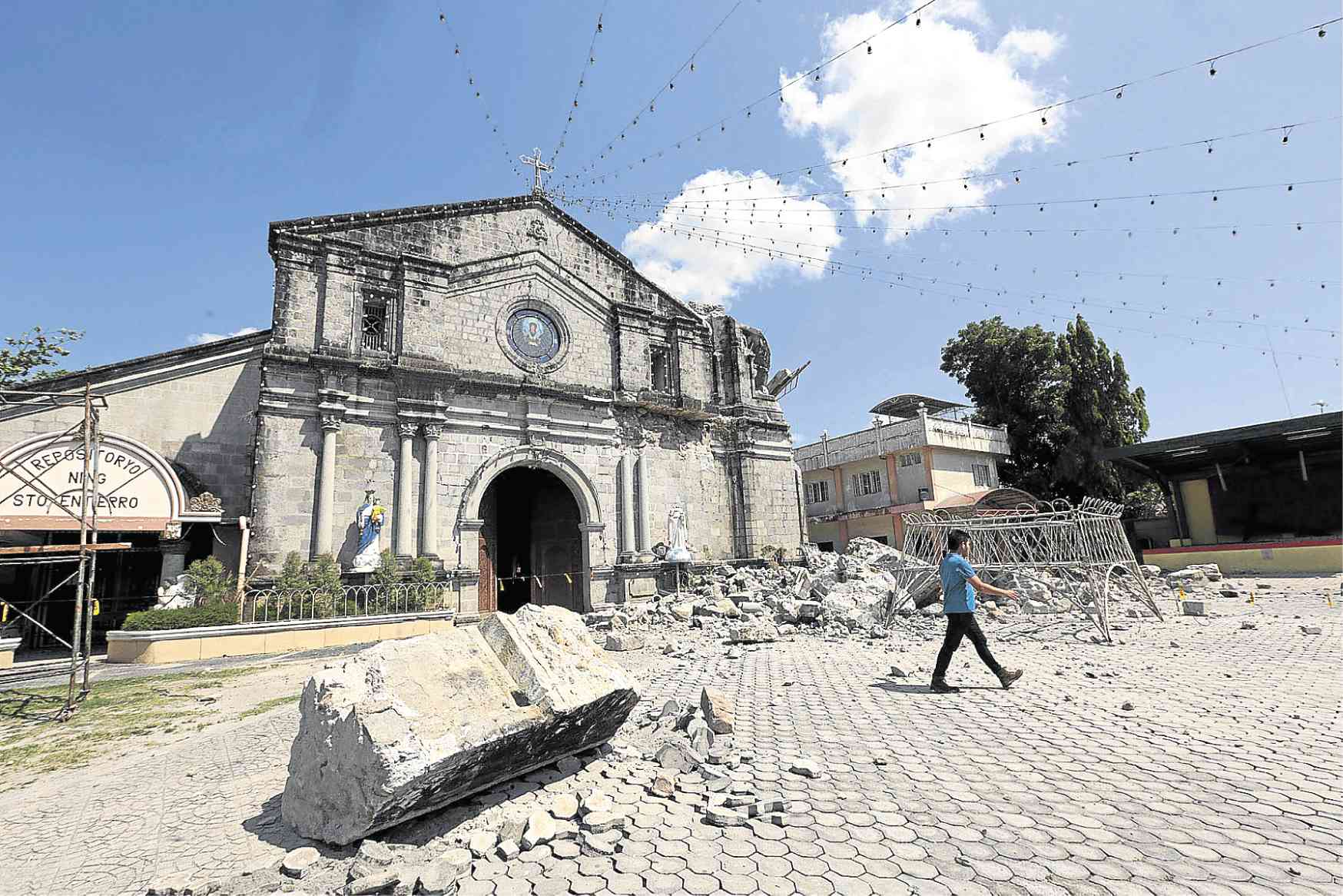 QUAKE DAMAGE The Santa Catalina de Alejandria Parish Church in Porac, Pampanga, one of the heritage churches damaged by a strong earthquake that hit Central Luzon in April, has welcomed parishioners back after a committee from the Archdiocese of San Fernando assured that the structure is safe. GRIG C. MONTEGRANDE

CITY OF SAN FERNANDO, Pampanga, Philippines — Twenty heritage churches in Pampanga province have been deemed structurally sound and have been reopened four months after a 6.1-magnitude earthquake rattled Luzon on April 22.

On Saturday, the Metropolitan Cathedral in this capital city was the latest to reopen.

But four churches remained closed as these were the worst hit by the temblor, according to Fr. Emil Guiao, head of the heritage committee of the Archdiocese of San Fernando.

These churches were built by Augustinian friars, according to numerous accounts.

Churches that have reopened have safety features that reinforce altars and building walls. The facade of Sta. Monica Parish Church in Minalin, a national treasure, is now fitted with steel scaffolds.

Guiao said affected parishes had initiated fundraising activities for restoring their respective churches. “They can’t wait [to secure grants] from the 2020 budget of the National Historical Commission of the Philippines,” he said.

The earthquake opened fissures, some as big as a clenched fist, in the front walls of San Agustin Church that were built in 1570, according to parish priest, Fr. Emil Dizon.

He said the top of the belfry crumbled and its wooden floor weakened due to guano acid. Guano is expelled by bats that inhabit most bell towers.

In the archdiocese, Dizon was the first priest who oversaw the five-year restoration of St. Peter and St. Paul Church in Apalit that started in 2017 and cost P40 million. He organized the parish finance committee in Lubao to manage the funds for the rehabilitation work.

The Escuela Taller de Filipinas Foundation Inc. sent a team to begin the digital scanning of the church to help establish its structural defects, he said.

Heritage advocates said the April earthquake allowed engineers to correct the deterioration of churches which were attributed to church changes that did not follow heritage conservation rules. —Tonette Orejas