Sanchez ‘not eligible to get a second chance’ – Robredo 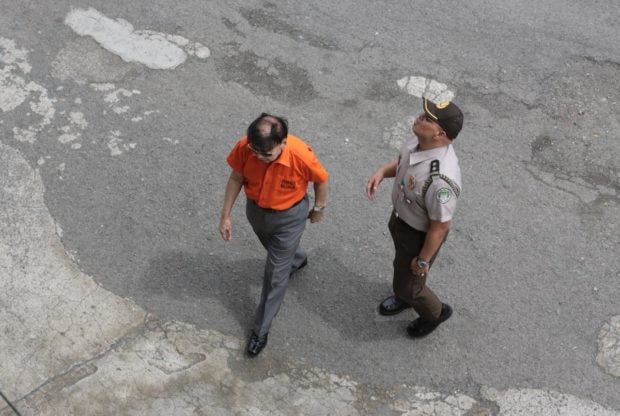 MANILA, Philippines — Convicted murderer and rapist Antonio Sanchez is “not eligible to get a second chance,” Vice President Robredo said on Sunday in her weekly radio show “BISErbisyong LENI,” which airs over AM station DZXL.

“I believe that we should give a second chance to those who have done wrong,” Robredo, speaking in Filipino, said. “But here in the case of Mayor Sanchez, he is not eligible to get a second chance. His imprisonment is already his chance to reform, isn’ t?”

Despite this chance to change, however, Robredo said Sanchez was caught possessing illegal drugs and keeping several household items such as a flat-screen television and an air conditioner in his cell.

The Vice President also told co-anchor Ely Saludar that she suspected that Sanchez had an accomplice who helped transport the items to his cell.

“How did the items get into his cell?” Robredo said. “Why did it take a surprise inspection to find them? Surely, there must be an accomplice who helped get those items inside, considering that the security there is tight.”

Robredo also compared Sanchez to detained Sen. Leila De Lima who had been in jail for over two years over her alleged involvement in the illegal drug trade.

She noted that, from what she heard, De Lima was not allowed to keep a cellphone and could watch a TV only once a month.

“And they have to pre-screen it. I think they bring the TV inside [her cell] so she could watch one program,” Robredo said.

Sanchez is one of the more than 10,000 inmates who may benefit from Republic Act No. 10592, which increased the good conduct time allowance (GCTA) given to inmates.