Gina Lopez: Breaking the norm, she made friends and foes | Inquirer News

Gina Lopez: Breaking the norm, she made friends and foes 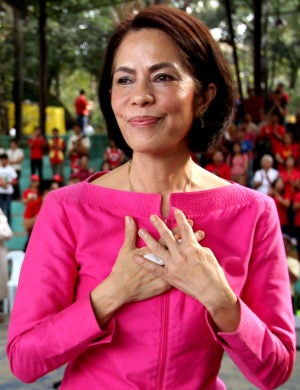 Close to her last day on earth, Gina Lopez was still giving encouraging words to friends and coworkers to push on with their projects to protect the environment and help impoverished communities even as she was losing her own battle with cancer.

Jen Santos, director of Bantay Kalikasan, ABS-CBN Foundation’s environmental arm, had gotten in touch with Lopez at the hospital more than a week before she died to give her some good news—the establishment of two new project sites for poor and indigenous communities in Samar province.

“She replied that she was proud of what the organization has achieved,” Santos said. “She really believed in area development, ‘completos recados,’ with projects for the upliftment of the child, the family and the environment.”

The two sites in Samar are covered by Lopez’s Investment in Loving Organizations for Village Economies, or iLOVE, a development project.

“I can summarize her earth warrior creed into this: love of God and of country,” he said in his eulogy for her on Wednesday.

Outspoken in her passion to save the planet, Lopez was unabashedly eccentric, breaking the unspoken norm of prim and proper behavior often expected of members of the Philippine elite.

She was the second of seven children of the late ABS-CBN chair Eugenio Lopez Sr.

She earned admiration not for the Lopez name but for the way she had refused to rely on that early on as a teen to seek her purpose and meaning in this world.

At 18, she turned away from the comfort and privilege of her wealthy family to become a yoga missionary with Ananda Marga, a global spiritual and social service movement. She served in Europe, India and Africa over two decades. 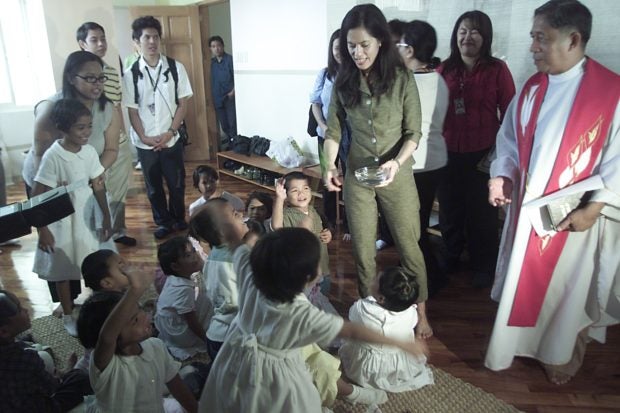 Writing for Rogue magazine in 2016, Lopez said she learned how to treasure the little things the poor have when she lived in the slums in Kenya for six years. “I lived as the poor lived, so I learned how not to be wasteful — a trait I carry to this day where I use every bit of everything,” she wrote.

Returning home in the early 1990s, Lopez was appointed head of ABS-CBN Foundation, her family corporation’s charitable arm, and then she plunged into her lifelong advocacies.

She spearheaded Bantay Bata 163, the country’s first hotline for abused children, and oversaw educational TV shows, such as Sineskwela, a science program that became a staple for kids in the ’90s.

But it was her love for the environment that she became most vocal and known for.

She initiated the rehabilitation of Pasig River through the Kapit Bisig para sa Ilog Pasig. In 2010, she was appointed by then President Benigno Aquino III as chair of the Pasig River Rehabilitation Commission until 2016.

She emerged as an environmental firebrand who was unafraid to immerse in communities or verbally spar with big businesses that befouled waterways, and destroyed forests and mountains. Friends and colleagues said she was staunch, uncompromising, steadfast and passionate.

“It is so rare for environmental activists to work with the so-called elite, but she [was] different,” said Rodne Galicha, who leads the Climate Action for Sustainability Initiative.

“At first, her presence [was] intimidating, but she [believed] in the capabilities of the people she [worked] with,” he said. “She climbed mountains, ate with the grassroots [community].”

Galicha said he introduced Sibuyan Island, tagged as the “Galapagos of Asia,” to Lopez in 2011. At the time, a mining company was threatening to extract nickel at the foot of the island’s famous Mt. Guiting-Guiting.

“[Lopez] encouraged us to see and act on opportunities to benefit from and coexist with nature [and] its beauty, within its carrying capacity,” Galicha said.

Lopez also helped establish and promote ecotourism sites around the country, including the Cantingas River in Romblon, and started programs to preserve the mangrove forests for community-based activities like kayaking and other tours in Lobo, Batangas. 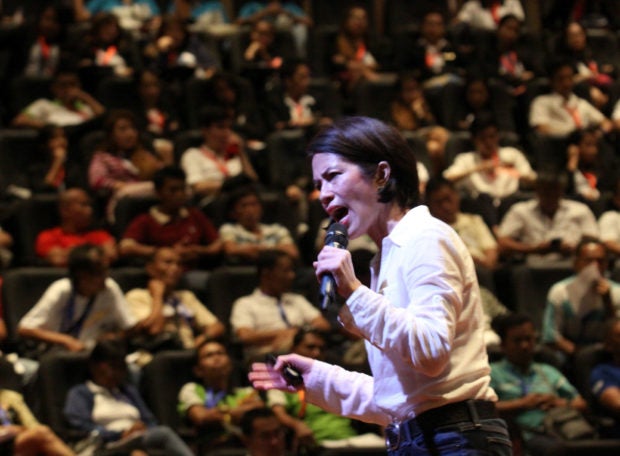 PASSION AND COMPASSION Former Environment Secretary Gina Lopez journeyed through life as a yoga missionary and later as protector of the environment and champion of child rights and poor communities, winning respect from both supporters and detractors. She died of cancer on Aug. 19 at 65. —INQUIRER/CDN PHOTOS

During a courtesy call on then newly elected President Duterte in Davao City, she reportedly lectured him on the country’s environmental problems and the need for a firm policy to care for it. He then asked her to head the Department of Environment and Natural Resources (DENR), which she accepted days later.

Wasting no time, she stripped the environmental certificates of mine operators that allegedly violated mining laws. As a result, over 20 mines were shut down and five others were suspended, stunning the mining industry.

Her assault against a powerful industry cost her her job. In May 2017, just 10 months as environment secretary, the Commission on Appointments rejected her.

The green group Kalikasan said she proved that meaningful change could be achieved through “unabashed political will.”

“We may never see someone who can unite the entire country in a rallying cry to save the environment the way Gina did,” it said.

People who made a living on the ecotourism projects that she helped develop, worried whether their livelihood and the campaign against mining that threatened them could be sustained after her death.

She was the “inay” (mother) of the people in Batangas, according to Catholic priest Dakila Ramos of the Archdiocese of Lipa.

With Lopez gone, so was the “push” that drove communities to choose sustainable livelihood over mining, Ramos said.

“We worry who will take her place,” he said.

Lopez also was the “adopted daughter” of Romblon, leading the fight against mining companies that threatened the densest forest on the island.

Iglesia Filipina Independiente bishop for Romblon and Mindoro, Ronelio Fabriquier, said Lopez also helped in their “crusade” that eventually forced a Canadian mining company to stop its exploration plans on Tablas, another island in Romblon province.

After she left the Duterte Cabinet, Lopez continued her work on the environment and other projects, but coworkers said it wasn’t always easy to keep pace with her energy.

Susan Afan, managing director of ABS-CBN Foundation, recalled one time when Lopez was “having one of her days.”

The foundation was planning to build its 18th ecotourism project then, but Lopez wanted to add five more sites, including her “Yolanda legacy project,” despite their limited resources.

“It just so happened that I was also having one of [my days]. I shut the door and told her: We needed to talk. It was too much. We needed to streamline our operations, we needed to focus, we were reopening our children’s village again,” Afan said she told Lopez.

And then, she got a dose of Lopez’s can-do spirit.

“In Gina fashion,” Afan said, “she took a deep breath, she closed her eyes, made me wait and anticipate, then opened her eyes and said to me: ‘Susan, as long as you think it’s hard, it will be hard. We can’t think so. We have to think big. Let the others take the easy task, we need to take on the most difficult.’”

It was like Lopez wanted Afan and everyone else to live the words of her favorite song: