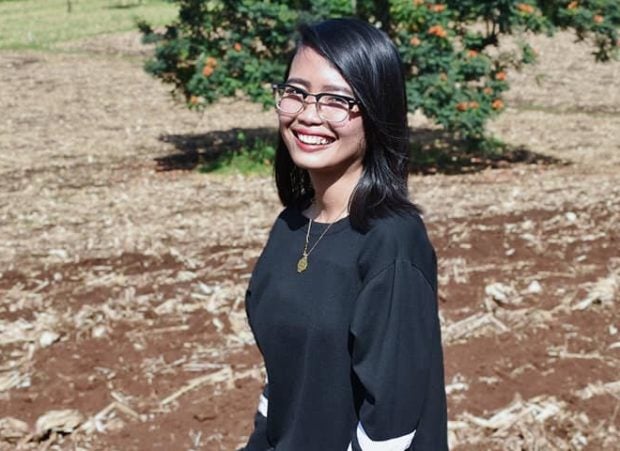 CAGAYAN DE ORO CITY, Misamis Oriental, Philippines — A Jesuit volunteer teacher was killed and her colleague was seriously wounded on Friday, Aug. 23, after they were repeatedly stabbed by a man they caught stealing in their cottage in the town of Pangantucan, Bukidnon province.

Her colleague, Ann Kathleen Gatdula, 30, a lawyer from Quezon City, is still in the hospital with stab wounds in the abdomen and shoulder.

Buckly, a resident of Guipos town, Zamboanga del Sur, and Gatdula were part of the Jesuit Volunteers Program (JVP) and were on a mission as teachers of the Jesuit-run Pangantucan Community High School.

Gatdula, according to Villasan in a phone interview, “is still in shock and traumatized.”

Naguilla forcibly entered the cottage where the two Jesuit volunteer teachers were staying, according to an investigation report.

As Naguilla rummaged through the cottage, the two teachers caught him stealing their belongings.

Naguilla went on a stabbing rampage after he was caught by the two women.

He tried to flee but was identified by several witnesses as the one seen running from the cottage.

Villasan said police brought the suspect to the hospital to be identified by Gatdula, but the teacher was “too traumatized” to give a positive ID of the suspect.

Police instead made a sketch of Naguilla and presented this to Gatdula who confirmed that Naguilla was the man she and Buckly saw stealing their valuables.

Buckly was a graduate of Secondary Education at the Ateneo de Zamboanga University in Zamboanga City and was part of the latest batch of JVP volunteers from Zamboanga.

Her colleagues at JVP brought her body to Zamboanga City on Saturday (Aug. 24). /tsb