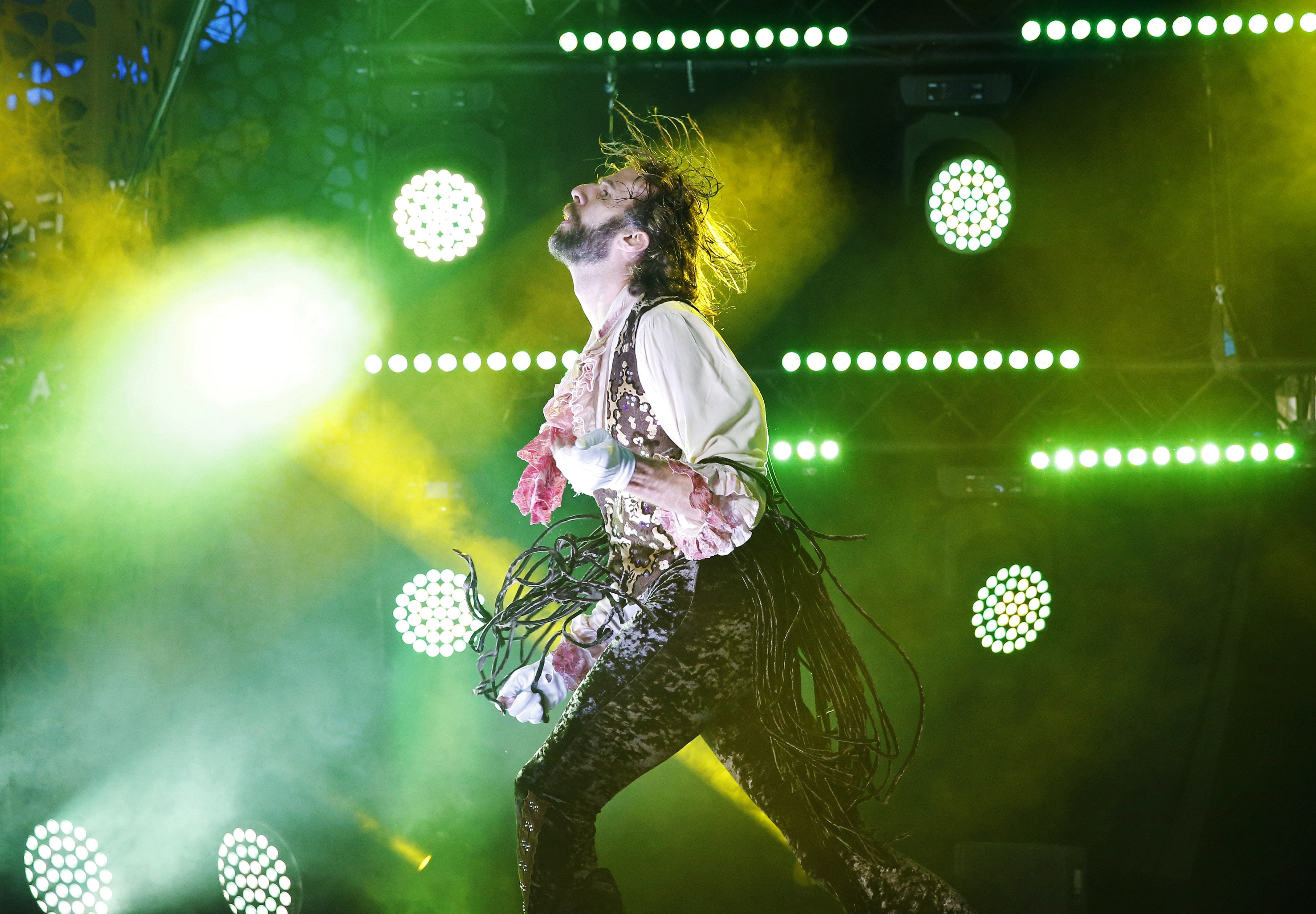 The winner Rob Messel The Marquis from US performs during the Air Guitar World Championships final in Oulu, on August 23, 2019. (Photo by Eeva Riihelä / Lehtikuva / AFP) / Finland OUT

OULU, Finland — Twenty hopefuls from around the world donned glitter, make-up and outrageous costumes to face off in an epic, virtuoso guitar battle onstage on Friday — but without an instrument in sight.

The Air Guitar World Championships have been held in the small Finnish town of Oulu, not far from the Arctic circle, for 24 years, and the competition has become an institution in the country which prides itself on organizing wacky competitions in anything from wife carrying to sitting naked on ant hills.

But although the idea of strutting around a stage dressed as a wizard, caveman or gorilla while noodling furiously on an imaginary guitar might seem silly to some, the competitors vying for the world title take their preparation extremely seriously.

“I’ve played different instruments over the years, but I’m limited by my technical ability,” this year’s winner, Rob “the Marquis” Messel from the U.S. told AFP.

“But the air guitar, it’s a blank page and you can do anything.”

Messel dazzled this year’s judges with his intricate fretwork and majestic gliding around the stage, snatching the title from two-time champion Namami “Seven Seas” Nagura of Japan, whose gymnastic, power chord-studded routine nonetheless delighted the crowd of a few hundred, who turned out despite the rain.

Elsewhere there was ample ripping off of trousers mid-set, while other performers poured ketchup over themselves, and Frederic “French Kiss” Reau even found time in his routine to take an (also imaginary) call from his mum.

But in the end it was expert axemanship that the judges were looking for.

Blair, who is better known as the guitarist in the veteran US metal band W.A.S.P., said he is not surprised that the competition has endured for nearly a quarter of a century.

“It’s as old as the raindance when someone is playing the drums and the rest of the tribe is dancing round the circle,” he told AFP.

“They don’t need to know how to play the drums, they’re feeling the rhythm. Air guitar is the guitar version of that.”  /muf