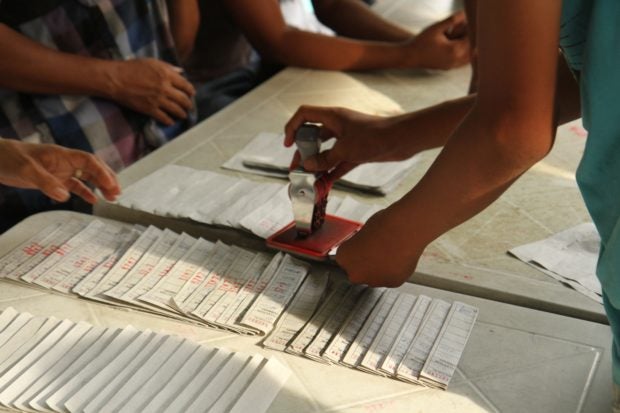 MANILA, Philippines  — The new conditions set by President Rodrigo Duterte for lifting the suspension on the small town lottery (STL) operations will be “onerous” for the Philippine Charity Sweepstakes Office (PCSO), thus it will prevent corruption in the state-run charity agency.

“[T]he conditions will prevent corruption because you have to sign, there is forfeiture and there are many provisions. They will have a hard time [to corrupt],” Presidential Spokesperson Salvador Panelo told reporters in Malacañang Friday.

In a statement Thursday, Panelo said “compliant franchise holders will have to give three months deposit,” and “those non-compliant will have to pay their arrears.”

He said Duterte ordered that there would be waiver from suits.

“There will be a waiver from suits. Franchise holders cannot sue. The effectivity will be after the publication of the implementing rules and regulations,” he said.

“Any violation of any of the conditions contained in the implementing rules and regulations will mean revocation of the license to operate the STL,” he added.

Duterte on July 26 ordered the suspension of all PCSO gaming activities over “massive corruption” in the agency.

Earlier Duterte has lifted the suspension of Lotto operations.

Panelo believed the resumption of the STL operations would not affect the ongoing investigation against corrupt PCSO officials and operators.

“[W]hat is important to me, from my point of view, the conditions are very onerous on the part of the STL and it would be difficult for them to have an excuse not to remit or to swindle the government with respect to the shares,” he said.

The Palace official said it was the PCSO that recommended the lifting of suspension on STL operations.

The PCSO on Friday said it wanted to be exempted from paying taxes.

“That is the proposal of chair Garma. That should be submitted to the President. The President will have to evaluate the recommendation,” Panelo said. /jpv