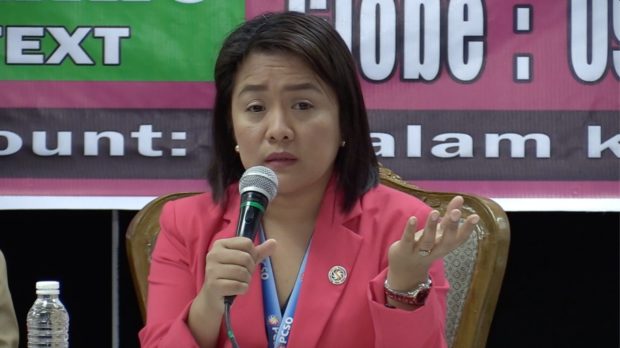 However, she clarified that none of the AACs have yet to comply with their new requirements.

On Thursday, Garma announced that President Rodrigo Duterte has lifted the suspension of STL operations, but with four conditions: First, AACs should deposit a cash bond equivalent to their three months share in the guaranteed minimum monthly retail receipts (GMMRR).

Aside from that, AACs are in danger of forfeiting their cash bonds if they do not remit their required share on time.  They are also banned from instituting any monetary claims and seeking temporary restraining orders against the government.

Garma also said that she has already informed Philippine National Police (PNP) Chief Gen. Oscar Albayalde about the lifting of the ban.

“I wrote a letter to the chief of the Philippine National Police informing the PNP na na-lift na pero may conditions si Presidente,” she noted.

“So once na ma-comply na ng AACs ang requirement, we will write the PNP and also the governor na ito ‘yong agencies na nakapag-comply and therefore, they can now operate in their area,” she added.

STL operations were put on a halt after Duterte suspended PCSO operations on July 27, based on allegations of corruption.  Three days after, the President lifted the ban but only on Lotto games.

Earlier, Garma said the more than three weeks of suspension of STL operations affected at least five percent of their supposed allocation to PCSO.  Data from their office showed that STL has contributed around P12 billion from January 2019 to June 2019 alone. /jpv