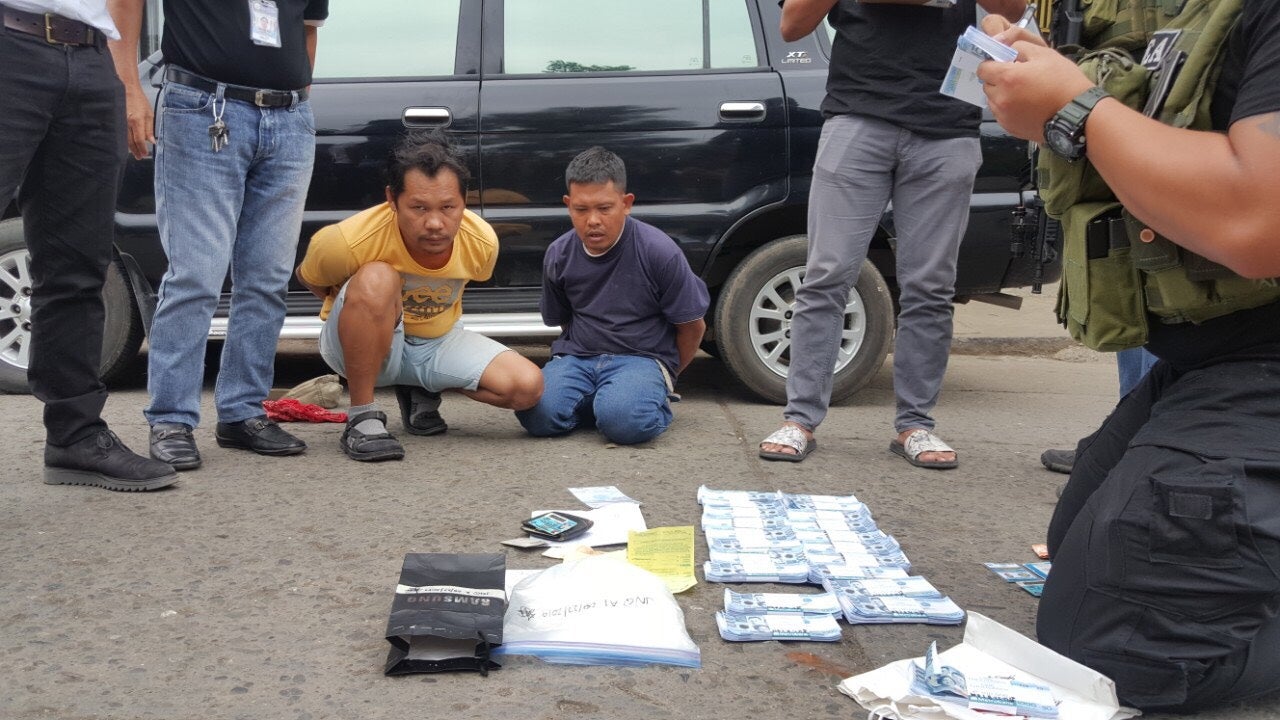 Azurin said the buy-bust was pulled off in front of commercial establishments in Barangay Poblacion, Marawi City about 3:30 p.m.

“The suspects agreed to sell P2 million worth of illegal drugs and the handover of contraband to take place in Barangay Poblacion,” Azurin told reporters.

The suspects tried to back off after sensing they were dealing with a poseur-buyer but were immediately handcuffed by PDEA agents.

Soldiers and police stayed a few meters away from where the transaction was supposed to take place.

The seized substance believed to be shabu was estimated to be around a kilo.

Marawi City Mayor Majul Gandamra arrived at the scene of the buy-bust and lauded the PDEA and other agencies involved in the operation.

Aliponto claimed to be a businessman engaged in glass products but Gandamra said he may just be making it up.

“We will not allow people from Marawi or from different municipalities to transact illegal activities in our city,” Gandamra said.

The suspects and the confiscated pieces of evidence are now under the custody of PDEA Bangsamoro Region for proper disposition./lzb