The Bureau of Internal Revenue in Cagayan de Oro destroyed various cigarette-making machines, along with boxes of tobacco products on Thursday, Aug. 22. The BIR said the destroyed equipment and items were estimated to be worth more than a billion pesos. (Jigger J. Jerusalem, Inquirer Mindanao)

CAGAYAN DE ORO CITY –– The Bureau of Internal Revenue (BIR) destroyed on Thursday illegal cigarettes worth more than P1 billion, and the machines used to manufacture these, inside a waste management facility in Barangay Bayabas here.

BIR Northern Mindanao director Nuzar Balatero said the items were seized in three raids on May 26, 2018.

The cigarette factories were located at Alwana Business Park in Barangay Cugman and Barangay Poblacion of Villanueva, Misamis Oriental.

The machines were estimated to cost P120 million.

The cigarettes were shredded while the various cigarette-making equipment were smashed by a heavy-duty jackhammer. 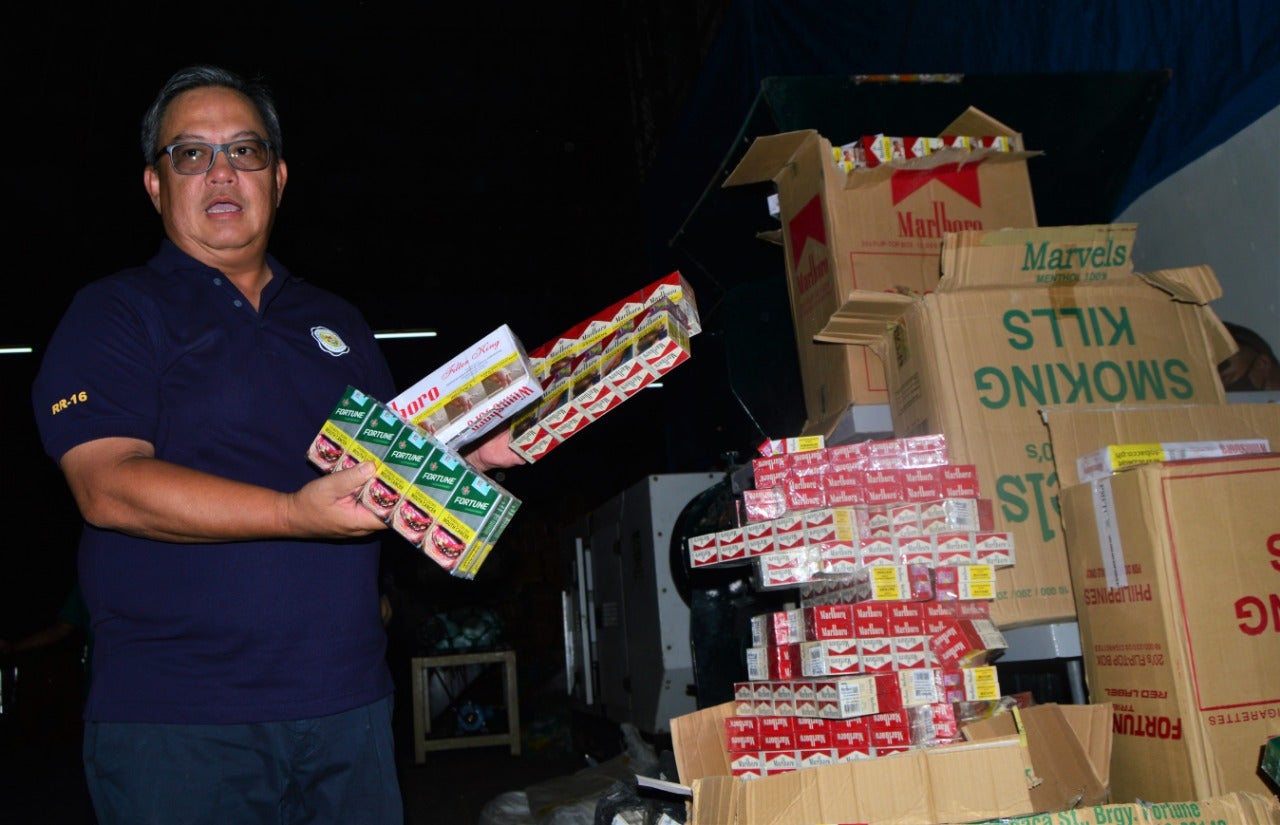 BIR deputy commissioner Arnel Guballa said it was the first time in Mindanao that seized cigarettes and cigarette-making equipment were destroyed.

“We want to send the message that the government is bent on running against these illegal activities of people who are manufacturing cigarettes without paying the excise tax,” Guballa emphasized.

Balatero explained that the destruction of the pieces of machinery is mandated by law to ensure that these could never be used again.

BIR Strike Team chief Remedios Advincula said charges were filed against those involved in the illegal manufacture of the cigarettes, some of whom are foreign nationals./lzb

ADVERTISEMENT
Read Next
PNP to monitor ‘good behavior’ of GCTA inmates after release – Albayalde
EDITORS' PICK
Cebu City closes its borders
BREAKING: 1,075 people in PH has coronavirus disease – DOH
Style and music journeys with Claudia Barretto
DILG to stranded workers: ‘Stay where you are’ until Luzon-wide quarantine is over
UP-PGH wards for COVID-19 patients finished in 5 days
IATF: Food firms to operate with 50% of workforce during Luzon quarantine
MOST READ
Pacquiao to seek probe on leaked private letter from Barangay Dasmariñas
Processing and release of 2020 UPCAT results suspended due to ECQ
Tootsy Angara bares neighbor wanted them out of village
593 health volunteers sign up to fight COVID-19, says DOH
Don't miss out on the latest news and information.