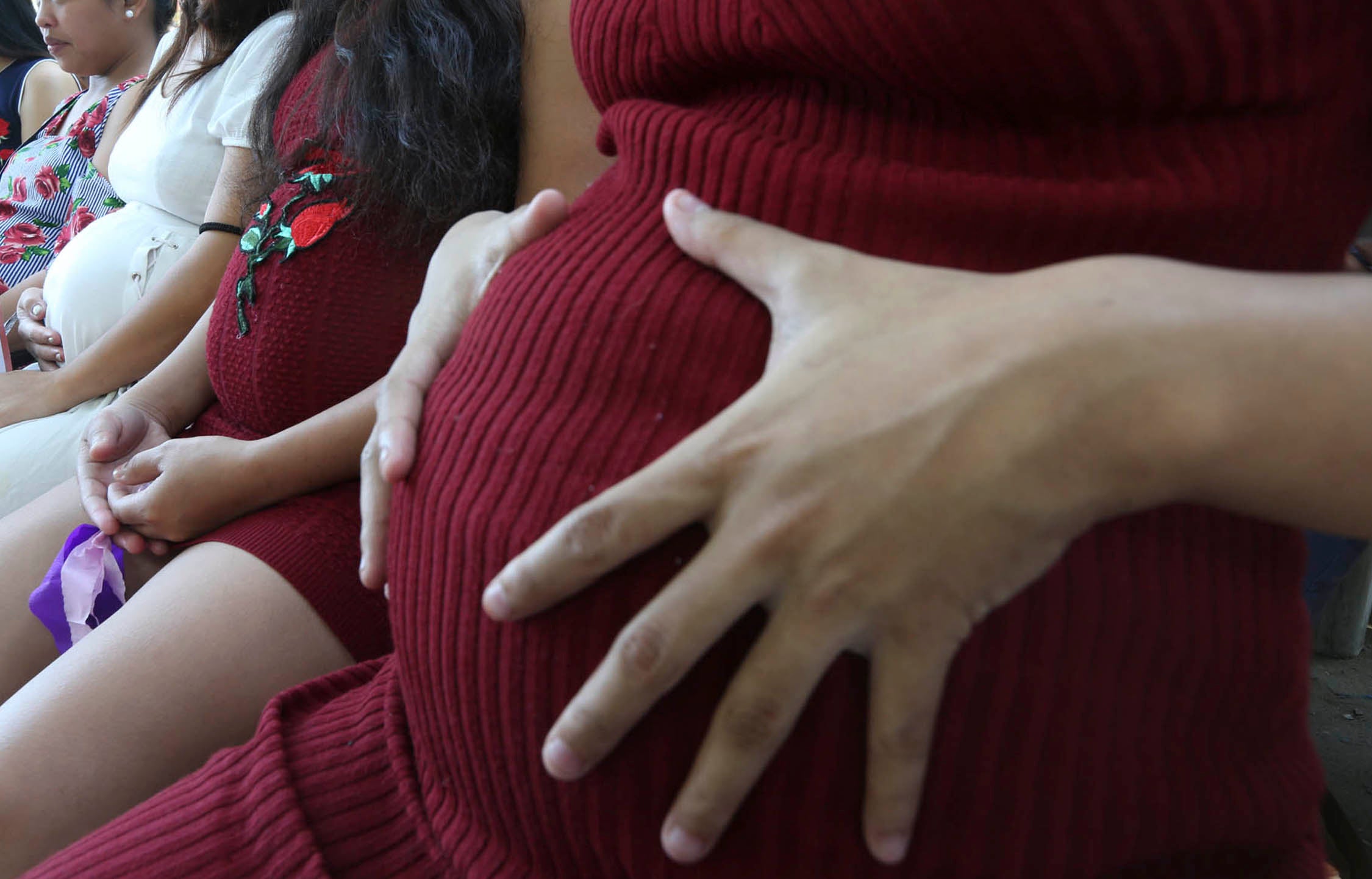 Teenage pregnancy has become a “national social emergency,” Socioeconomic Planning Secretary Ernesto Pernia said on Thursday, noting that adolescent birth rates over the past decade had hovered at a level that merited “national concern.”

In three regions in Mindanao, for instance, 15 to 18 percent of teenagers had become mothers,  according to a demographic health survey.

The economic cost alone for teenage women is staggering.

Pernia placed at between P24 billion and P42 billion the lifetime earnings women in the country had lost to early childbearing.

The risk of not tackling the crisis head-on is clear—a large cross-section of families would be condemned to  perpetual “intergenerational poverty,” he said.

“I commit to advocate for the President to issue an executive order acknowledging teen pregnancy as a national social emergency,” Pernia said.

His remarks—given on his behalf by Commission on Population Executive Director Juan Perez III—were delivered at a first of its kind summit in Pasay City that convened development, health and education officials to grapple with teenage pregnancy.

Pernia called on lawmakers to act swiftly on the matter, which has profound effects on the health of both adolescent mothers and their children and is one of the primary drivers behind school dropout rates, overtaking even financial issues.

According to the most recent National Demographic Health Survey in 2017, 9 percent of women between the ages of 15 and 19 have begun childbearing—a figure that increases even further when one zeroes in on the most vulnerable or impoverished populations.

Ten percent of teenagers in rural areas, for example, start  childbearing. The figure rises even further in certain regions such as Davao (18 percent), Northern Mindanao (15) and Soccsksargen (15).

The likelihood that an adolescent has started childbearing also increases dramatically with age. While only 1 percent of 15-year-olds have gotten pregnant, 22 percent have gotten so by 19.

“I join the voices of adults putting a spotlight on the issue of teen pregnancy by calling on the passage of a policy to address this critical issue,” Pernia said.

He called for the enactment of a teenage pregnancy prevention bill in Congress.

Sen. Risa Hontiveros filed Senate Bill No. 1888, or the Prevention of Adolescent Pregnancy Act, in December 2018. The measure reiterates that educational institutions are barred from expelling pregnant students and forms a Teenage Pregnancy Prevention Council.

Pernia told Congress that a wide-scale lobbying effort—similar to the fervent battle to pass the reproductive health (RH) law in 2011—should be mounted to pass the bill.

“I urge each one of us to take part in pushing for this bill to be passed into law like what we did in the long fight for the [RH law],” he said.

Education Secretary Leonor Briones said President Duterte, alarmed by the far-reaching effects of early pregnancy, had instructed his Cabinet to organize the summit.

Fifty-seven percent of female students had been forced to drop out of school due to “family matters,” of which the biggest components were teenage pregnancy and early marriage, data from the 2017 Annual Poverty Indicator Survey showed.

Family matters trounced even the cost of education, or financial concerns, as the main reason for leaving school. Financial concerns only came in second—cited by a considerably lower 14.3 percent of female dropouts.

“When a child drops out of school, what career opportunities are available to them?” Briones said. “This has a real effect on employment.”

Childbearing in adolescence, he said, carries greater risks of maternal complications during both pregnancy and childbirth—such as preterm deliveries—and infant mortality, as children born to teenage mothers have far lower survival rates.

Efforts to combat teenage pregnancy, Duque said, can no longer be confined to the Department of Health (DOH).

“It should not depend on the efforts of the DOH alone [or] all government agencies, but it requires the participation of the private sectors, civil society organizations, communities and the entire citizenry,” Duque said.