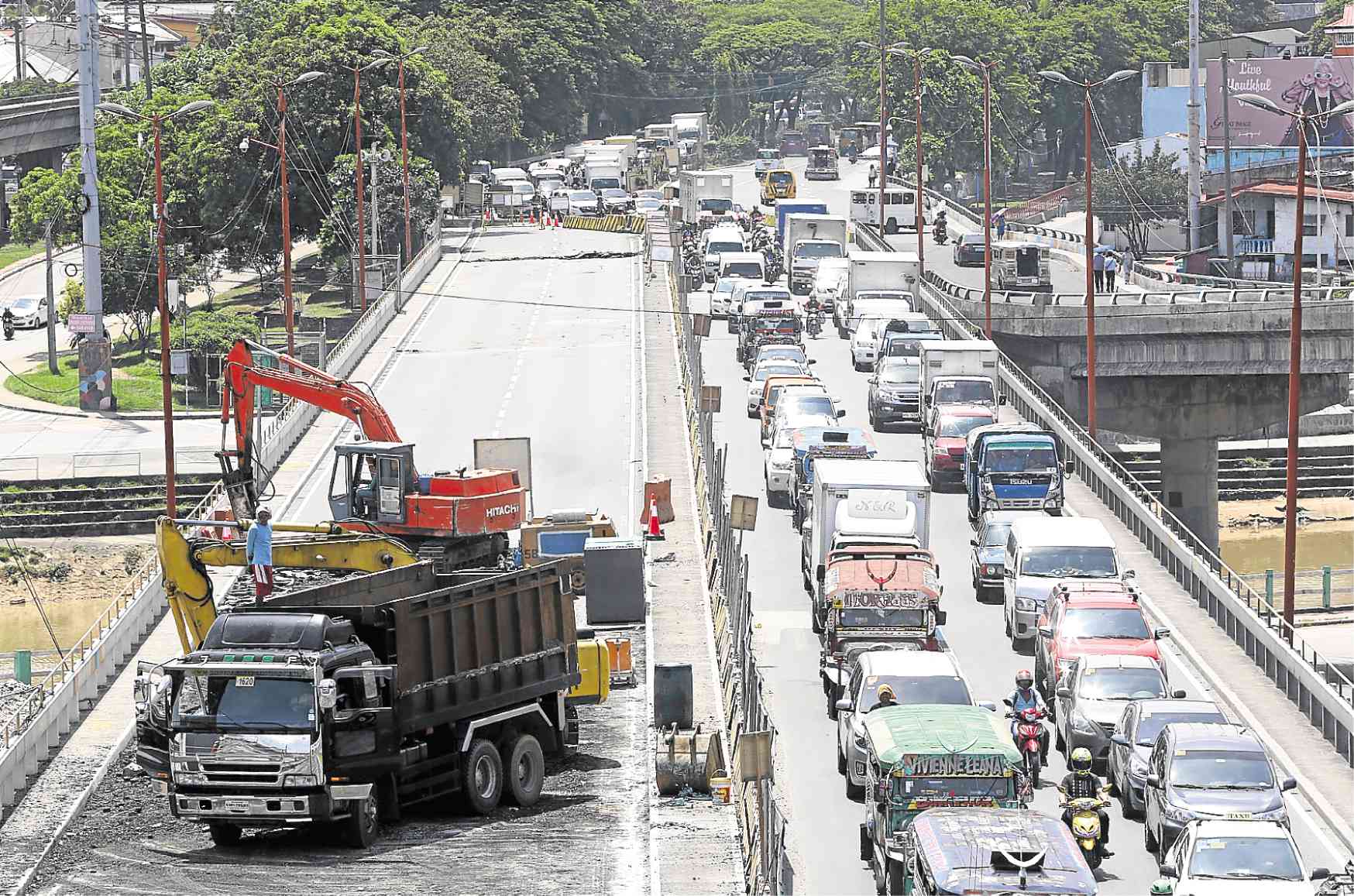 HEAVY TRAFFIC AHEAD A longer commute looms for those regularly passing through Marcos Highway which will be partly closed over the next four months. —NIÑO JESUS ORBETA

Expect heavier traffic going to the already congested Katipunan Avenue, as the westbound lane of Marcos Highway that connects eastern Metro Manila to Quezon City will be closed for four months starting on Monday, Aug. 26.

Around 70,000 vehicles are expected to be affected by the partial closure of the highway which is undergoing rehabilitation, Jojo Garcia, general manager of the Metropolitan Manila Development Authority (MMDA) said on Thursday.

Garcia said the eastbound part of the Marcos Highway Bridge, which was shut down in May, was now open to traffic after the Department of Public Works and Highways finished its work a month early.

To accommodate the displaced vehicles, Garcia said a zipper lane would be implement on the eastbound lane for those leaving Marikina City during rush hour.

The MMDA also said the Aurora-Araneta intersection in Quezon City would be closed nightly for seven straight days starting on Saturday and reopen on Aug. 30.

It was meant to give way to the launching of the girder for the multibillion project.

The shutdown, from 11 p.m. to 5 a.m., was supposed to start last week, but it was postponed after the Skyway Stage 3 extension project’s contractors encountered technical difficulties, Garcia said.

Once finished, the project would allow people to get to Balintawak from Buendia and vice versa in 20 minutes.