Man nabbed for raping woman with mental disability in QC

MANILA, Philippines — Police arrested a man for allegedly raping a 20-year-old woman who reportedly has a mental disability.

According to a report from the Quezon City Police District – La Loma Police (PS-1) on Thursday, the 29-year-old suspect identified as Rendel Mancera, was inside a tricycle parked at Barangay San Jose at about 3:30 p.m. on Wednesday when he called the victim who was walking nearby. 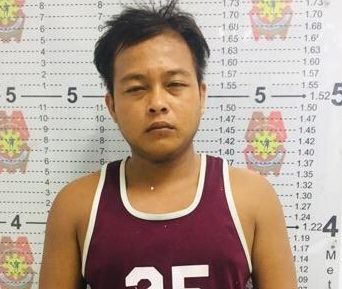 Rendel Mancera, the suspect in the alleged rape of a 20-year-old reportedly with mental disability, poses for a mugshot at the La Loma Police Station in Quezon City on Wednesday, August 21, 2019. Photo from QCPD

Police said Mancera then forced the victim into the parked tricycle where he started kissing her, touching her breasts and inserting a finger inside her private parts.

According to police, the incident caught the attention of Napoleon Dagohoy, a Barangay Public Safety Officer (barangay tanod), who while monitoring closed-circuit television (CCTV) camera footages at the village hall, noticed suspicious movements inside the tricycle.

Reviewing the CCTV footage, Dagohoy saw that the woman was forced inside the tricycle by Mancera, prompting him and another barangay tanod Jude Erwin Lopez to apprehend the suspect and report the incident to the police.

Police said the suspect was brought to the La Loma Police Station where he is now being detained for a complaint of rape.

The victim was brought to the Philippine National Police – Crime Laboratory at Camp Crame for medico-legal examination.  /muf