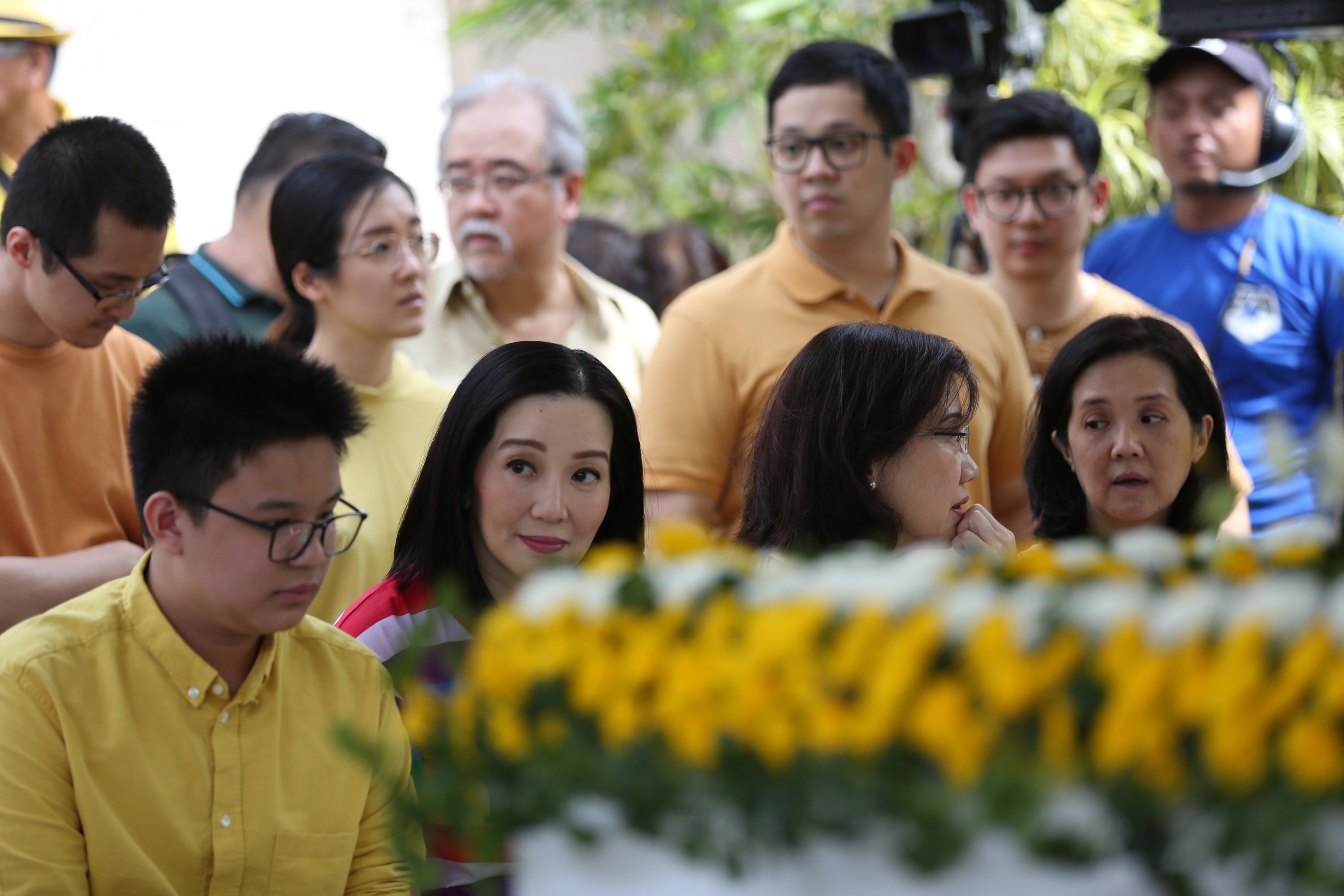 MANILA, Philippines — For the first time since he left office in 2016, former President Benigno “Noynoy” Aquino III missed the death anniversary rites for his father and namesake on Wednesday.

“He is sick. He’s not OK (but) I’m not at liberty to say what’s wrong with him,” the youngest Aquino sister, Kris, told friends and supporters who attended the 36th death anniversary of former Sen. Benigno “Ninoy” Aquino Jr. at the Manila Memorial Park in Parañaque City.

Noynoy’s former spokesperson Abi Valte, however, assured media through a text message that the former President was down with the flu and was recovering at home. “Nothing serious,” she quoted him as saying.

The past three years had been tough for her only brother, Kris said. “I’m sure dad will forgive me if I make this about Noy,” she added before delivering a scathing speech directed at those “crucifying” the former President and those who had forsaken him under the present dispensation.

“If you don’t stop picking on him, you’d have to answer to me.  So give the guy a break because he did you no harm,” the TV-movie personality said.

In his homily during the Mass, Father Manoling Francisco described Ninoy as “a prophet of God,” for choosing to die for the country despite experiencing exasperation and frustration.

Aquino’s death on the tarmac of the now eponymous Ninoy Aquino International Airport in 1983 was one of the events that led to the bloodless Edsa People Power Revolution in 1986 which ousted former dictator Ferdinand Marcos.

Aurelio German of the August 21 Movement noted that it took three years after Ninoy’s death before people took to the streets to fight the dictatorship.

“It’s also been three years… when will we wake up? Will it take another death for us to stand up and fight back?” he asked.

At the airport named after the late senator, members of the Ninoy Aquino Movement led by former Sen. Heherson Alvarez and his wife, Cecile, conducted a simple wreath-laying ceremony at the monument of the slain senator, with other  officials from various government agencies, among them the  National Historical Commission.

In his message on Ninoy Aquino Day, President Duterte acknowledged how the late senator’s sacrifice “continues to ignite the spirit of heroism among our people.” —WITH REPORTS FROM JEROME ANING AND LEILA B. SALAVERRIA

Read Next
‘Sin tax’ on alcohol, tobacco lauded, slammed
EDITORS' PICK
Tired of your Wi-Fi signal problems at home? Here’s a solution!
Must-know scams to avoid when buying cars
Average new COVID-19 cases daily in NCR down 30%
POVA x Mobile Legends Bang Bang: A partnership that’s built to win
Patients evacuated as fire hits PGH
Concepcion: Consider vaccine passes once herd immunity reached in NCR Plus
MOST READ
Patients evacuated as fire hits PGH
Mikey Garcia ‘not getting hopes up’ as Pacquiao fight yet finalized
Go pushes bill seeking creation of Center for Disease Control and Prevention
Dave Bautista on his Filipino grandfather, living with regret and being around superheroes and zombies
Don't miss out on the latest news and information.