No redundancy: Palace says creation of new departments to fill up ‘gaps’ in gov’t 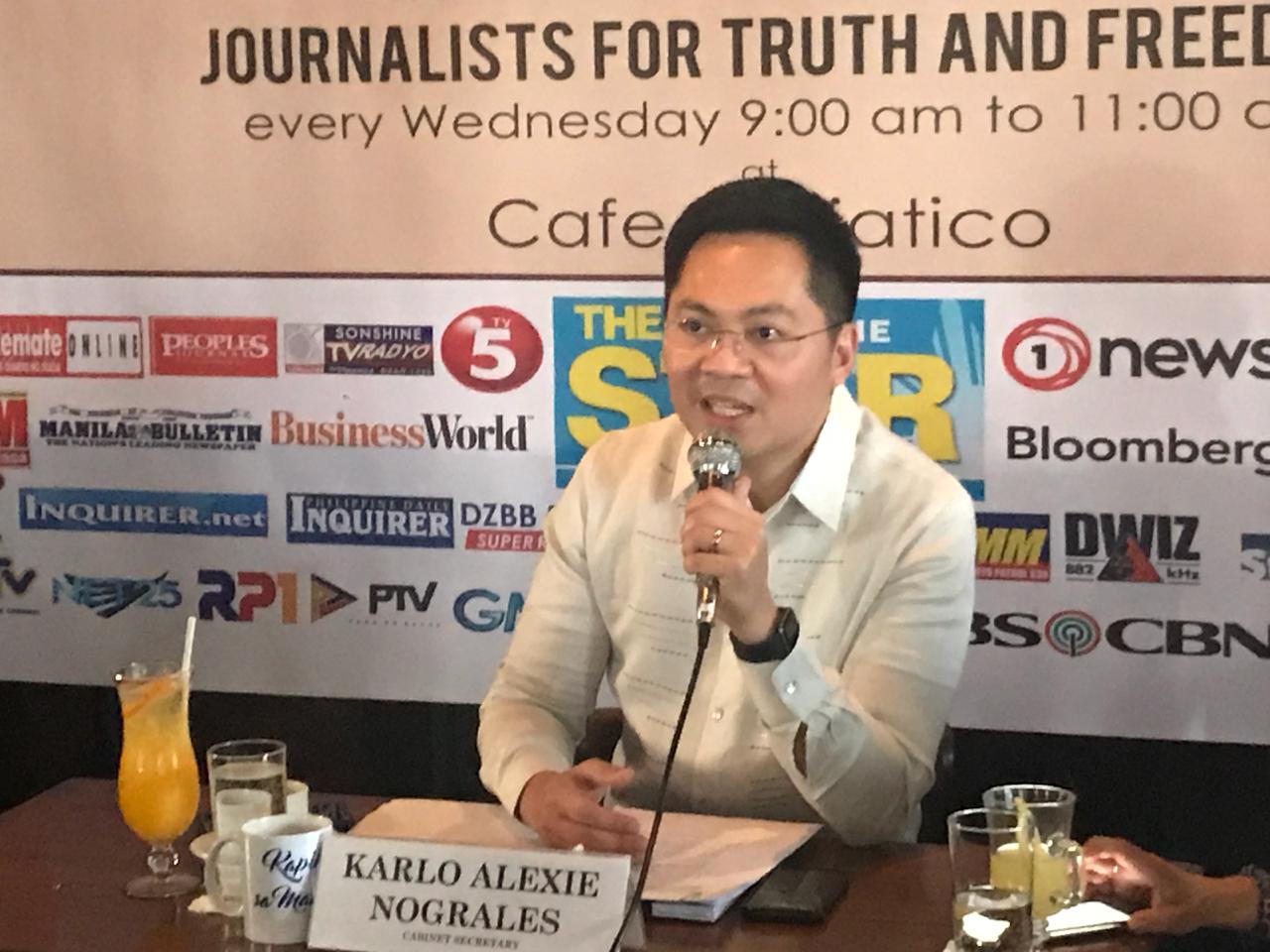 MANILA, Philippines—The creation of new government departments is aimed at addressing “gaps” in the bureaucracy and will eliminate “redundancy,” a senior Palace official said Wednesday.

“When the President gives a directive na ‘I need a Department of Water’, it means that there is a gap in our bureaucratic system that we need to fill up,” Cabinet Secretary Karlo Nograles said at the Kapihan sa Manila Bay.

“That means that the department he’s proposing, in our minds and in the administration, is not a redundant department, there is a gap,” he added.

During his fourth State of the Nation Address last month, President Rodrigo Duterte urged lawmakers to approve the creation of new agencies that would focus on migrant workers, water allocation, and disaster resilience, among others.

On top of this, some Senators have filed bills also proposing new departments such as the Fisheries and Aquatic Resources, Public Safety, Homeland Security, Migration and Development and Sports.

But Senate President Vicente Sotto III has proposed to abolish or reorganize redundant government agencies, which he said, could save the government more than P1 trillion in its yearly budget.

Sotto earlier refiled Senate Bill No. 244 or the proposed “Rightsizing the National Government Act,” which streamline the operations, systems, and processes of government offices and will determine the appropriate staffing based on skills and competencies required to effectively carry out the agency mandate and functions.

Nograles argued that creating an “apex body” will help in eliminating redundant agencies just like in the case of the proposed Department of Water which he said will streamline functions of agencies concerning water that are now “fragmented.” /je