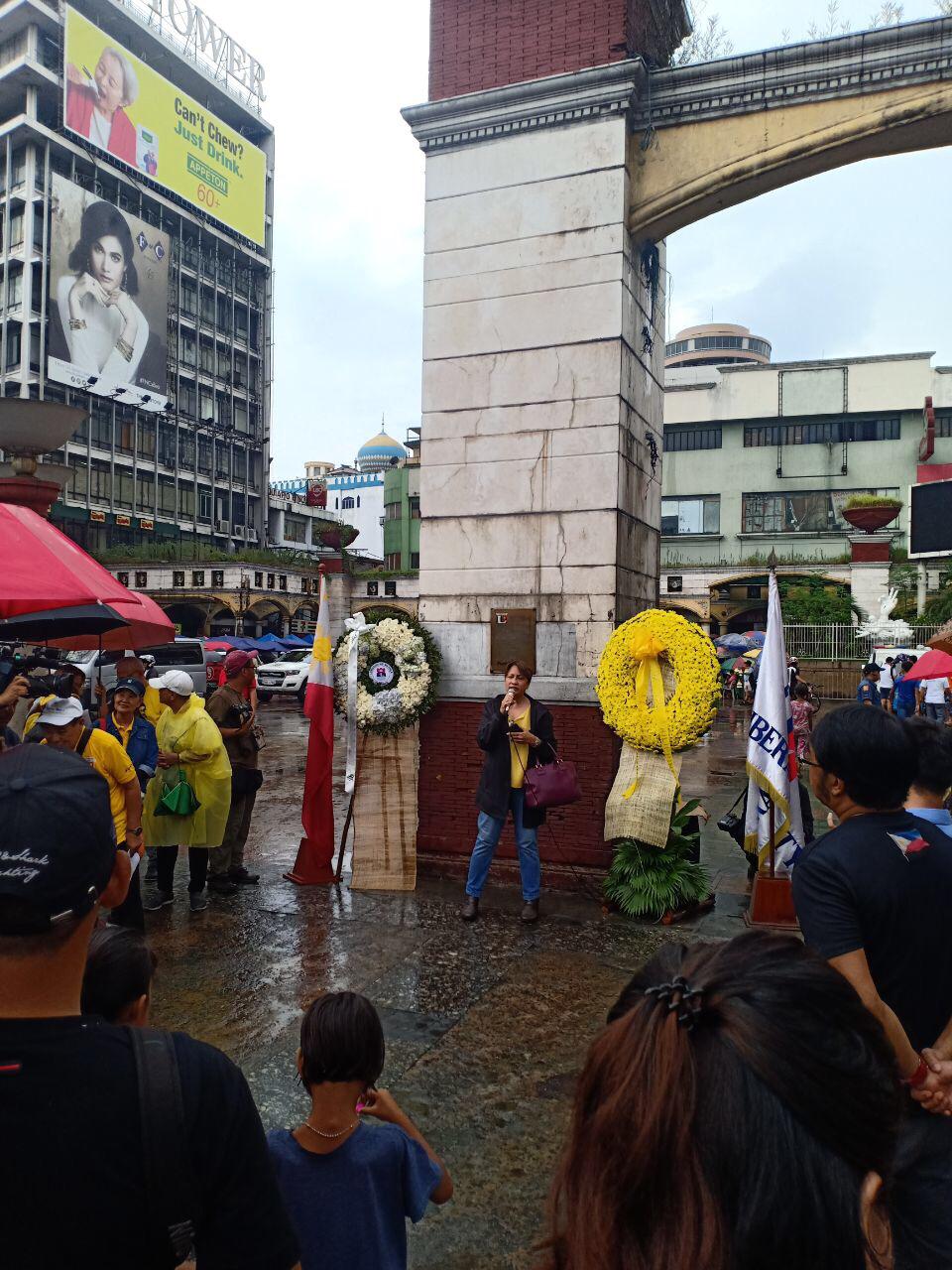 Members of the Liberal Party commemorate on Wednesday, August 21, 2019, the Plaza Miranda bombing during the party’s miting de avance in 1971 in Quiapo, Manila. (Photo from Liberal Party)

MANILA, Philippines — Members of the opposition Liberal Party remembered the 1971 Plaza Miranda bombing in Quiapo, Manila on Wednesday, as they also commemorated the Ninoy Aquino Day.

After the wreath-laying ceremony at Plaza Miranda, Jao Orogo, a member of the LP-Bulacan chapter, read a statement reminding LP members to be true to the party’s values of freedom, justice, and solidarity.

“It’s been 48 years since blood flowed here where we stand now. Here, a grenade was lobbed at the miting de avance of the opposition. Nine were killed, over a hundred were injured. Later the privilege of the writ of habeas corpus was suspended, signaling the start of the Marcos dictatorship,” he said.

“In the subsequent decades after this bombing, the world witnessed how we were wounded, but not silenced; how we grieved, but always carried on. One way to honor the memory of Plaza Miranda is to speak the truth, defend rights, freedom, and social justice, be in solidarity. In whatever oppression or repression. However powerful the enemy,” he added.

Orogo said no attempt at historical revisionism will change what had happened in the past, as well as the principles the LP.

He said that as LP members return to their normal lives after Wednesday, “the spirit of August 21 will remain.”

“Continuing to respond to the calls of our time. Again and again we will rise with lasting faith to tirelessly and fearless pursue our collective dreams as a people,” he said.  /muf