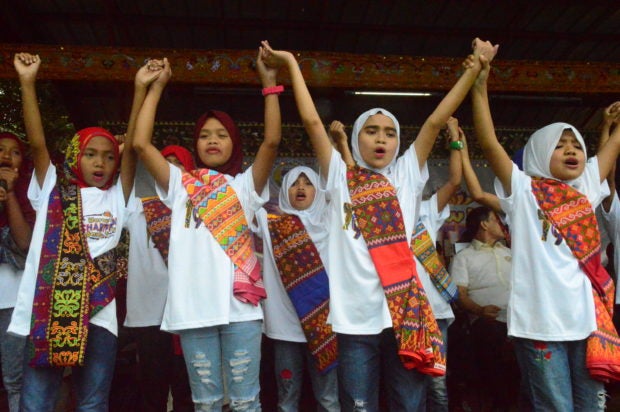 Displaced children from Sarimanok tent perform the song “Marawi” during the opening program of the four-day celebration of the 79th City Charter Day of Marawi on August 19. Inquirer Mindanao photo / Divina M. Suson

MANILA, Philippines — The Marawi City has celebrated its 79th Charter Day for the first time since the five-month long urban battle between state forces and the ISIS-inspired Maute Group in 2017 that has displaced thousands of its residents. 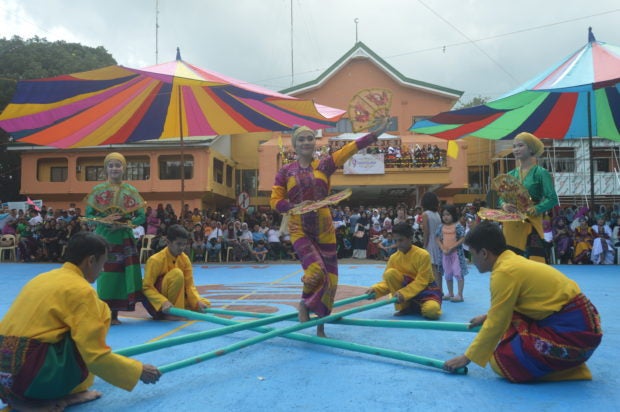 During his speech at the celebration of the charter day on Monday, Marawi City Mayor Majul Gandamra turned emotional as he addressed residents of the city, with the aftermath of the battle still seen in several structures in the city. 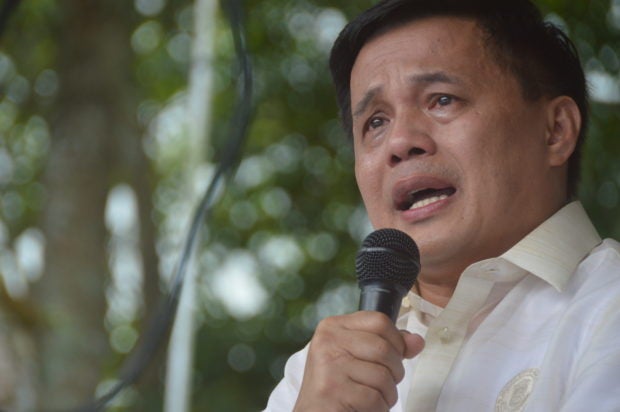 Marawi Mayor Majul Gandamra gets emotional as he delivers his message to his constituents, mostly internally displaced persons, during the opening program of the four-day celebration of the 79th City Charter Anniversary on August 19. It was Gandamra’s second charter day celebration since he was elected in 2016 and first since the siege in 2017. Inquirer Mindanao photo / Divina M. Suson

(You are the true strength and hope of Marawi. You are our inspiration here in the Marawi local government. We will all rise up someday.)

The festivities on Monday was the second since Gandamra was elected as the city’s head in 2016. /jpv 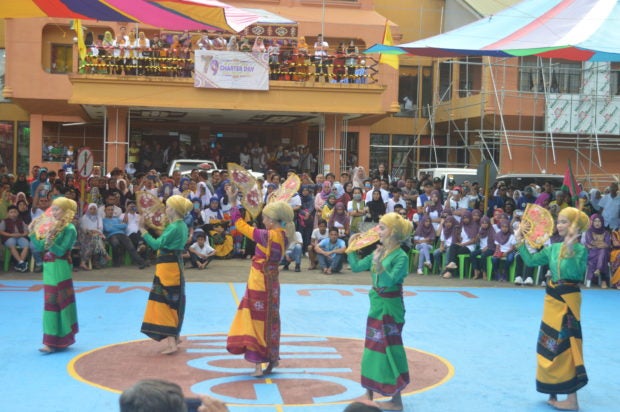 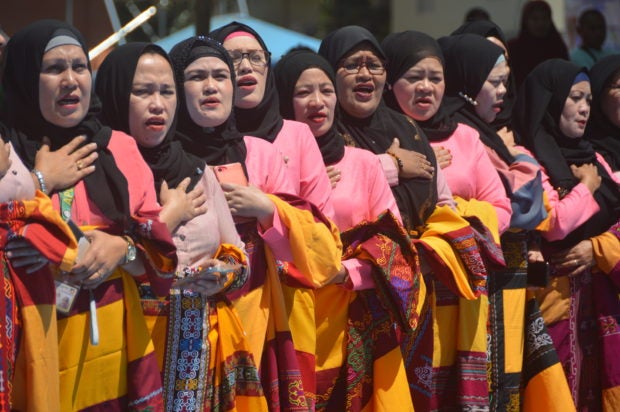 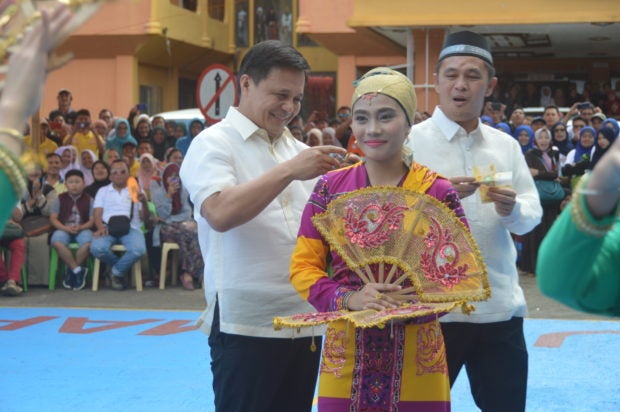 Marawi Mayor Majul Gandamra clips a peso bill to a dancer’s dress who performed a popular Muslim dance Singkil during the opening program of the four-day cebration of the 79th Charter Day Annjversary of the city. Inquirer Mindanao photo / Divina M. Suson