Official says academic offering to examine impact of political, economic and environmental changes on national security
05:36 AM May 22, 2019 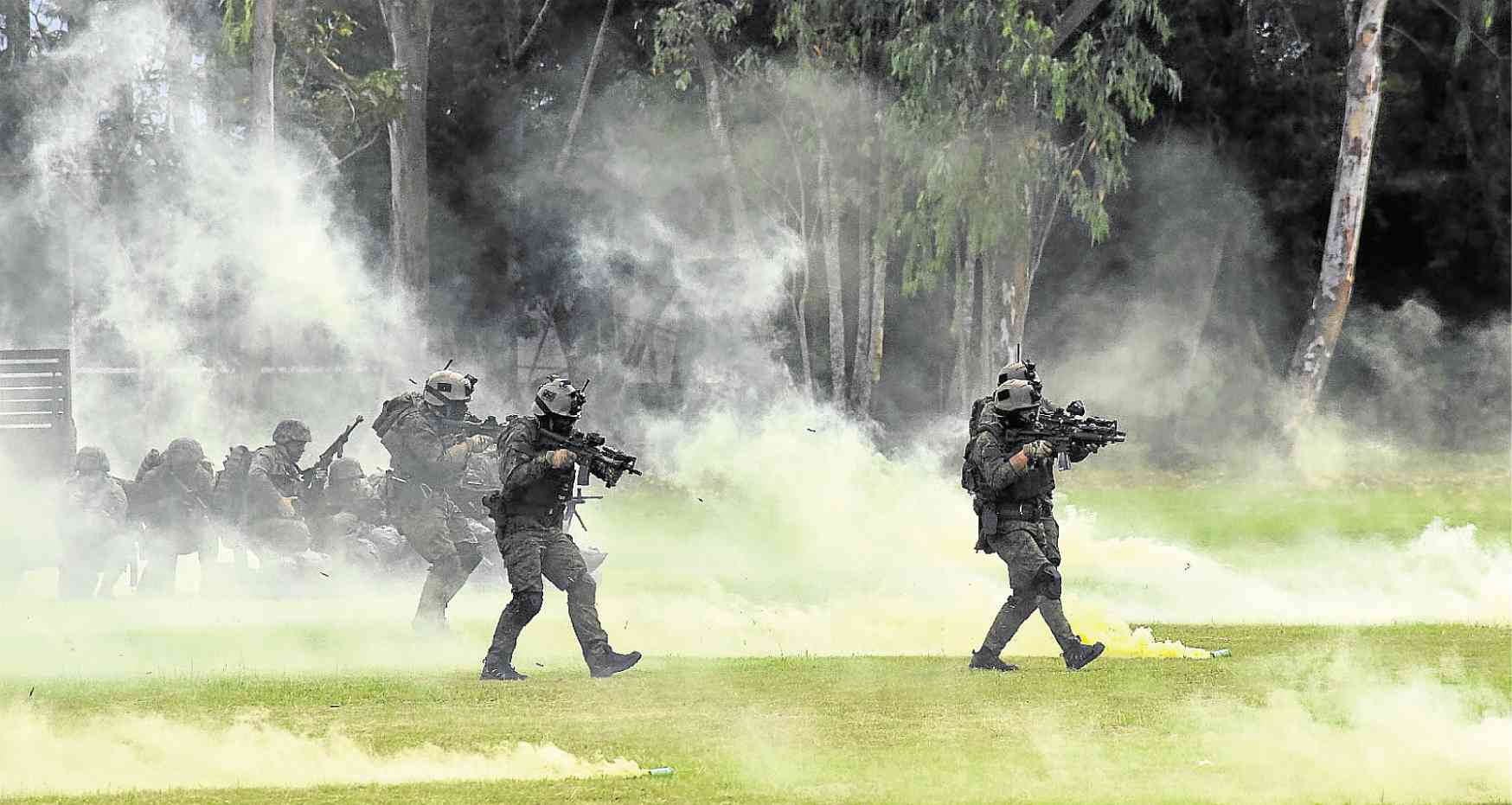 ASSAULT AND RESCUEA team of soldiers simulates an assault and rescue operation for Philippine Military Academy cadets during an Army caravan at Fort del Pilar in Baguio City. —EV ESPIRITU

The Marawi siege, which took place on May 23, 2017, resulted in the deaths of civilians and soldiers and destruction of property, so cadets, who are the future officers of the Armed Forces of the Philippines, must be taught how to confront similar attacks, Lt. Gen. Ronnie Evangelista, PMA superintendent, said.

Evangelista led the special operations command to take back Marawi from the Islamic State-inspired Maute Group. He spoke after presenting this year’s top 10 cadets of the graduating Mabalasik Class of 2019.

“The Marawi siege cost us many lives, both military and civilians, and billions of [pesos] and we cannot afford another such incident,” he said.

He said 165 soldiers died during the five-month Marawi operation while many others suffered permanent disability.

The fast-changing national security landscape today required the PMA to develop a Bachelor of Science in National Security Management, which would examine the impact of political, economic and environmental changes on national security, said Brig. Gen. Cheston Valencerina, PMA dean of academics.

“The less economic activities in an area, the more security problems [develop]. This is what is happening, [just] look at Mindanao,” Valencerina said.

Cadets will be taught that when building detachments, soldiers should consider the impact on the environment and the socioeconomic and political situations of the host area, “because all these will affect national security,” he said.

The new course will be offered to cadets who enter the academy in June.

Earlier, the PMA had incorporated subjects that addressed the evolving threats to the country. 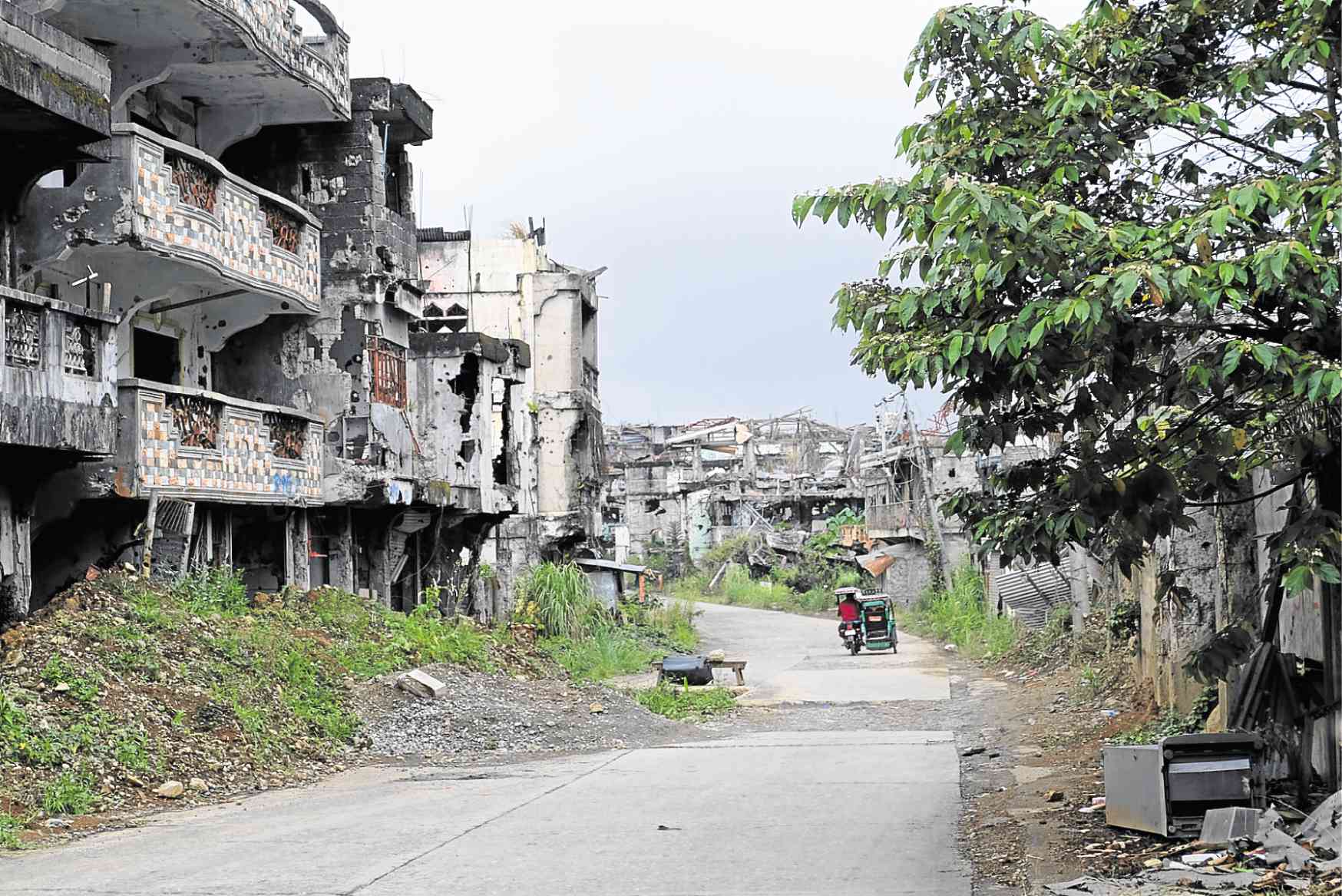 LONELY ROADA tricycle negotiates an empty road in Marawi City’s center, a business district that was destroyed by the five-month fighting between government troops and terror groups in 2017. The ground zero of the siege has yet to be rebuilt. BONG S. SARMIENTO

“[The Marawi siege] has been a learning experience for us. There has been changes … like integrating urban warfare training in the curriculum to make future [military operations] successful,” said Cadet First Class Alden Altamero, a native of Kidapawan City who placed fifth in the graduating class.

Cadets have also been taught to be aware of the country’s problems with China, which has claimed parts of the West Philippine Sea.

“I believe the Navy is doing its best to protect what is ours,” said Cadet First Class Dionne Mae Umalla, the top graduate who will join the Navy when she graduates on May 26.—Kimberlie Quitasol