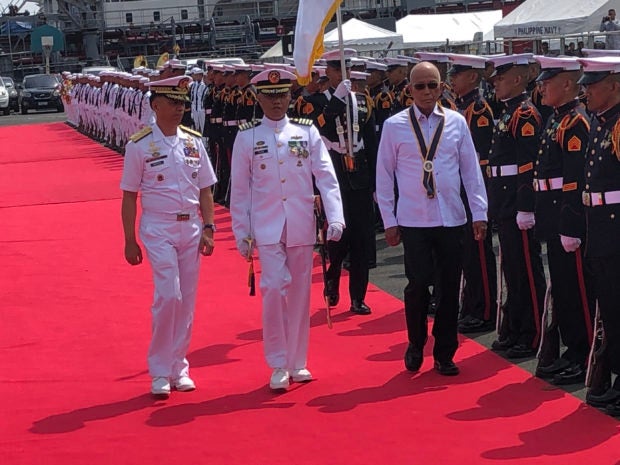 Photo from the Philippine Navy

“It’s a very good development because now we have some authority to enforce our laws within our territorial waters,” he said in a press briefing.

Lorenzana and the military in recent weeks have questioned the unauthorized transits of Chinese warships in Philippine territorial waters. This time around, it’s not over the contested West Philippine Sea but in the southern Philippines.

The government had earlier protested the presence of Chinese warships and survey ships passing through the country’s territorial waters without permission.

Presidential spokesperson Salvador Panelo on Monday said that Duterte now wants foreign warships passing through territorial waters to notify and get clearance from the proper government authority well in advance of an actual passage.

Lorenzana said they are studying how they would enforce it in an “unfriendly manner.”

“There are so many things that we can to do be unfriendly, that’s cutting their bow or escorting them. I’m going to defer to the Navy,” he said. /kga