MANILA, Philippines – A face to face meeting between Foreign Affairs Secretary Teodoro Locsin Jr. and the Chinese Ambassador to Manila must be set if China fails to respond to diplomatic protests filed by the Philippine over the intrusion of Chinese survey and warships in Philippine waters, Sen. Aquilino Pimentel III said. 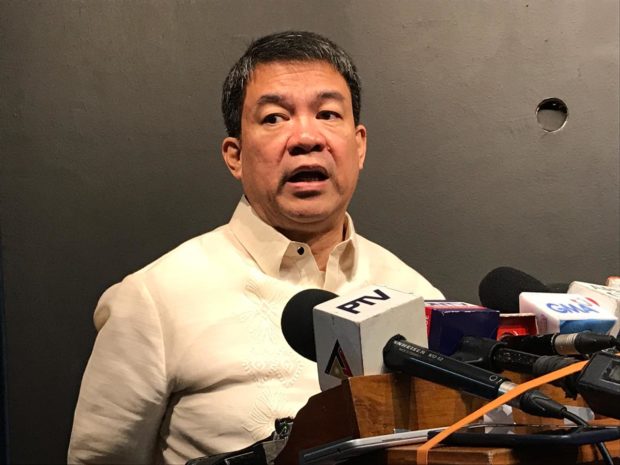 Senator Aquilino Pimentel III fields questions from the media after the Senate Committee on Foreign Relations, which he chairs, held an organizational meeting with the Department of Foreign Affairs (DFA) at the Senate on Monday (August 19, 2019). Photo by Christia Marie Ramos/INQUIRER.net

“We will use diplomatic techniques or methods like diplomatic protests. Hindi dapat tayo magsawa,” Pimentel told reporters after the Senate Committee on Foreign Relations held an organizational meeting with the Department of Foreign Affairs (DFA) on Monday.

“Then we have to pressure them to answer, ‘pag hindi sumagot, the Secretary of Foreign Affairs must summon the [Chinese] ambassador for a face-to-face meeting,” he added.

Earlier, Foreign Affairs Secretary Teodoro Locsin Jr. has ordered the filing of a diplomatic protest over the latest sighting of five Chinese warships sailing in Sibutu Strait since July without notifying Manila.