After absence from public eye, Duterte photo with family released

MANILA, Philippines – President Rodrigo Duterte’s partner Honeylet Avanceña on Monday released a photo of the Chief Executive who has not been seen in public for more than a week.

In a photo shared to the media Sunday night, Duterte is seen with Avanceña and their daughter, Veronica in their Davao City home. 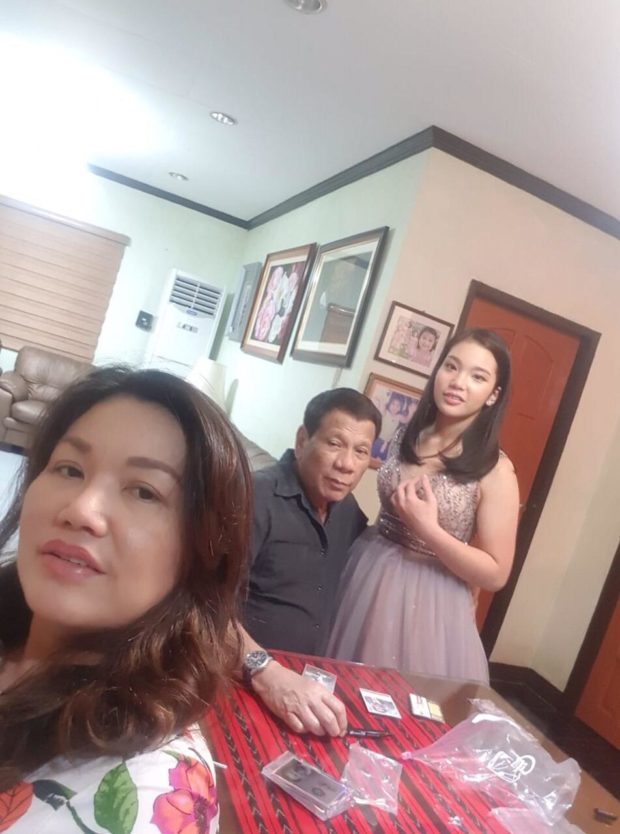 Panelo told reporters that the President would likely be more visible this week.

READ: Where is Duterte? Just busy with paper works, meetings – spokesman
In the past, Duterte’s absence has sparked speculations about his health.

The President earlier revealed he had undergone colonoscopy and endoscopy and that he has been undergoing regular blood tests.

The 74-year-old chief executive also previously admitted suffering from Buerger’s disease, migraine, and back pains due to smoking during his youth.