Woman suffers burns due to microwaved eggs exploding in her face

A woman from Worcestershire, England, sustained burns after eggs she boiled in the microwave exploded in her face last Tuesday, Aug. 6.

Bethany Rosser microwaved the eggs after finding a technique online that claimed it was safe to do so, as per The Sun on Wednesday, Aug. 14. 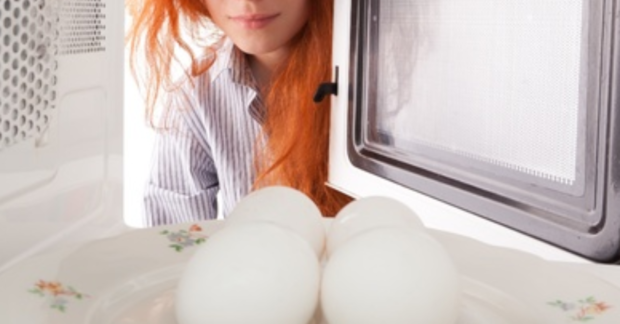 The 22-year-old read from cooking website Delish, that it was fine to heat eggs in a bowl of water in a microwave as long as salt was added to the water. The salt would supposedly prevent the egg from bursting.

The website appears to have since taken down the guide.

She heated her eggs in a microwave-safe one-liter jug with water. After heating the eggs for six minutes, as per the instructions, she removed the jug and let it cool.

When she checked on the state of the eggs, they burst onto the right side of her face.

“It only happened as I took them out,” Rosser was quoted as saying. “The eggs were fine in the microwave.”

She immediately called 999, the emergency hotline in England, while she ran cold water over her face. Still, her skin had already started to peel away.

Rosser was then brought to the burns unit at the Queen Elizabeth Hospital Birmingham. The staff treated her burns and let her stay in the hospital for the night.

“It felt horrible, I was in total agony,” Rosser said in the report. “I could feel my skin burning for hours afterward — even while it was being treated in hospital.”

She said that her right eye, swollen from the explosion, has started to open, but her vision is still “very blurry.” As per report, it is unclear if the damage is permanent.

She was also advised that aside from long-term skin discoloration, the burns would not leave her with scars. After the incident, she found that others have experienced eggs bursting after being heated in the microwave as well.

“I have a cousin who did the same thing,” she told the news outlet. “Luckily for her, the explosion happened in the microwave, not in her face.”

Rosser said she blames the website’s instructions for her injuries, and hopes others will never repeat her mistake. Ryan Arcadio/JB