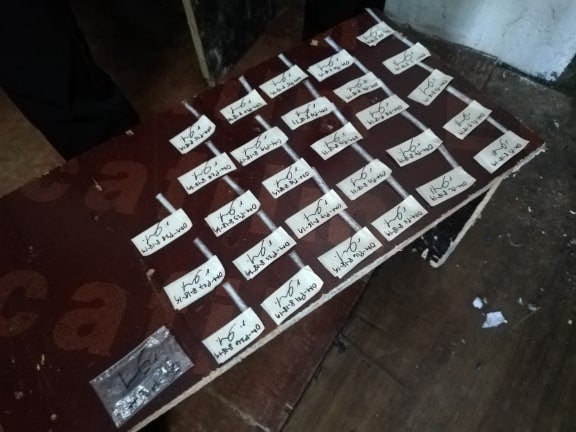 Operatives seized 28 sachets of suspected shabu, a cellphone placed in a bible, and other contraband during a greyhound operation at the Bohol District Jail (BDJ) early Sunday morning, Aug.18. (Leo Udtohan/Inquirer Visayas)

TAGBILARAN CITY, Bohol—A surprise raid on a jail at a village in this city on Sunday (Aug 18) yielded what may no longer be a surprise in detention facilities nationwide—drugs.

The Oplan Greyhound inspection at the Bohol District Jail at the village of Cabawan led to the discovery of 28 sachets of suspected shabu with an estimated street value of P136,000, assorted drug paraphernalia, cell phones, improvised weapons, and cash worth P200,000.

A notebook containing alleged drug transactions and names of jail officials with payables and collectibles was also found.

Col. Jonathan Cabal, director of the Bohol police, said police are now investigating the involvement of jail personnel in the smuggling of illegal drugs and other contraband into the facility.

“The drug trade will not flourish if there’s no help from the jail personnel,” he said.

Richard Tulabing, jail warden, said investigators are also looking at how drugs and other contraband are slipped into the jail. 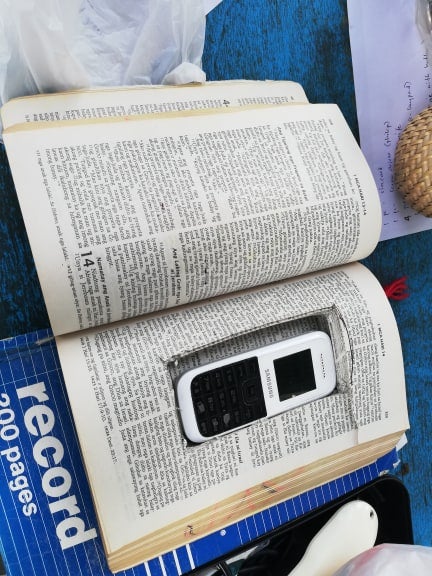 Operatives seized 28 sachets of suspected shabu, a cellphone placed in a bible, and other contraband during a greyhound operation at the Bohol District Jail (BDJ) early Sunday morning, Aug.18. (Leo Udtohan/Inquirer Visayas)

Cabal said he would continue the campaign against narcotics in line with the national government’s anti-drug drive.

“We have to cleanse Bohol of illegal drugs. Of course, we love the Boholanos. We don’t want this kind of transaction to prosper,” he said./TSB