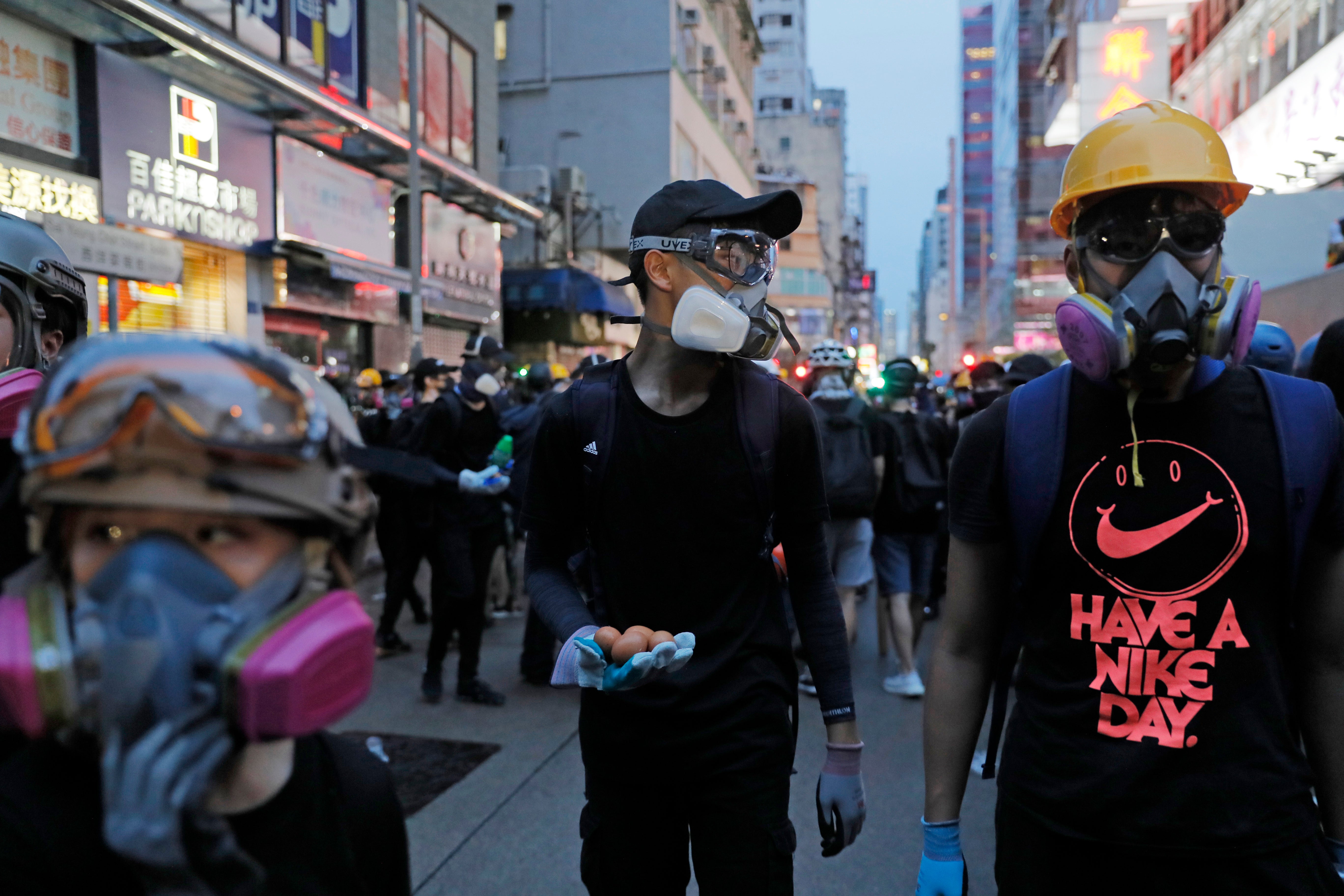 A pro-democracy protester holds eggs as he plan to throw them to the police station during a protest march in Hong Kong Saturday, Aug. 17, 2019. Another weekend of protests is underway in Hong Kong as Mainland Chinese police are holding drills in nearby Shenzhen, prompting speculation they could be sent in to suppress the protests. (AP Photo/Kin Cheung)

You Wenze called the comments “a gross violation of the spirit of the rule of law, a blatant double standard and a gross interference in China’s internal affairs.”

He says Hong Kong’s 7.5 million people and Chinese population as a whole reject the actions of a “very small group of violent protesters” as well as “any interference of foreign forces.”

You did not mention any specific lawmaker or comments, but numerous U.S. senators and Congress members, including House Speaker Nancy Pelosi, have affirmed the U.S. commitment to human rights and urged the Hong Kong government to end the standoff.