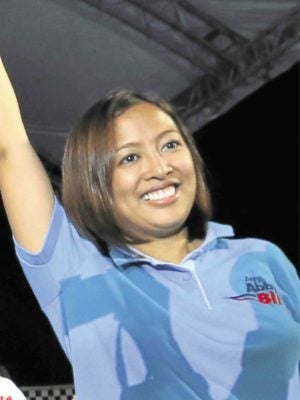 MANILA, Philippines — Those “free” movies are not totally free after all.

The local government of Makati City said it paid more than P18 million in the first half of the year for movie tickets given to senior citizens and persons with disabilities (PWDs).

In a report by the accounting department’s officer in charge William Dayrit, City Hall paid a total of P18,146,284 to its six cinema partners from January to June.

The amounts represent the 25-percent share of the city government in the cost of movie tickets under a program being implemented in partnership with local cinema owners.

PWDs and seniors in Makati are entitled to watch movies free of charge, any time and any day, in any of the cinemas at Glorietta and Greenbelt malls, Century Mall, Power Plant Mall, Cash & Carry and Waltermart.

In other localities, this privilege is limited: seniors can watch for free only on specific days or at certain hours.

“Our meaningful partnership with cinema owners in Makati has been giving joy to our senior and PWD Makatizens for over two decades now. It is our pride and pleasure to make them happy and young at heart through this privilege,” Mayor Abby Binay said in a statement on Saturday.

“We are heartened to learn that other localities have followed suit and granted the said perk to their elderly and PWD residents, although with certain limitations, such as designating certain days of the week for the free admission to selected cinemas.”

Makati started giving this perk for seniors in 1997 and further ensured its regular funding under the Office of the Mayor through a city ordinance passed in 2001. In 2006, the benefit was expanded to also include registered PWDs residing in Makati City.

Binay said the city’s more than 84,000 senior citizens were “the most pampered among their peers in our country.”

Makati seniors who are Blu Card holders are entitled to cash gifts of up to P10,000 and free birthday cakes per year. They also receive free hospitalization and medicine under the city’s Yellow Card program.

They may also avail themselves of free haircuts, spa services, and, under the Lakbay Saya program, field trips to historical sites and other attractions in and outside Metro Manila.